Humble Pie: I was wrong about the Isham story and owe John Solomon an apology -- again. 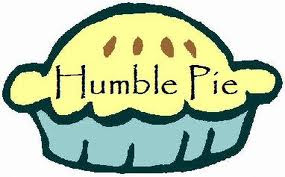 Earlier today, I posted what is now in retrospect a jump-to-conclusions piece on John Solomon's piece "Memo suggests FBI had mole inside ABC News in 1990s." My screed was entitled "The Gunwalker coverup artists begin to smear. Remember, nothing happens in Washington, D.C. without a reason. 'Outrageous and untrue.'" It has since been deleted.

This was almost entirely based on the fact that I missed these crucial paragraphs (don't ask me how I missed 'em):

The memo was recently discovered by Utah lawyer Jesse Trentadue, who has spent years researching the Oklahoma City case trying to prove a connection between the terrorist bombing and the death of his brother in an Oklahoma prison in the summer of 1995.

The root of the memo lies in Trentadue’s relationship with Terry Nichols, one of the defendants convicted in the 1995 terror attack, who is serving life in prison. Trentadue recently found the document — unredacted and still marked secret — in a box of documents gathered by Nichols’ defense attorneys.

The FBI 302, which I thought had been leaked by the FBI to discredit Isham, turns out to have come from Jesse Trentadue, one of the persistent fighters for truth about the Oklahoma City bombing.

Having missed that crucial fact, I was ready to react to John Cook at The Gawker who named Isham, reporting that "CBS News Washington Bureau Chief Was an FBI Snitch."

A good friend first emailed me, then called me, to set me straight. I hate to be wrong, but I'm learning -- perhaps too slowly -- what "due diligence" means.

I was suckered the other day on some skillful disinformation fed to me about the relationship between Cerberus Corporation and George Soros and I pulled that as soon as I found out. Earlier in this scandal, I reacted wrongly to another old article presented as new, which also caused me to rage at John Solomon unjustly. This humble pie is getting old, but I promise to do better.

Once again, my sincere apologies to John Solomon for jumping to wrong conclusions.

Isham, it seems, has some real serious questions to answer.

Mike Vanderboegh
Posted by Dutchman6 at 9:01 AM

Big men who care more about the truth than their ego admit when they're wrong and promise to do better. Haven't we all been there once or twice in our lives where we've gone off half cocked only to later learn we didn't have the story just right? I for one like this positive personality trait so I'll keep coming back for the latest on what's happening to Americans by their government!

I and I assume we forgive you Mike.
Go forth and Fu(k up no more.

bondmen said exactly what I was going to say. Hang in there, Mike!

If you were actually interested in correcting the falsehoods and stupidities you've written here, the whole blog would disappear and be transformed into one huge "Whoops, sorry."

Poor Anonymous at April 6, 2011 9:20 PM if you only knew of the heartburn this blog created in the Lib-Government you would end your worthless cowardly parasitic life.
Or maybe you do and this is the best you can do about it.