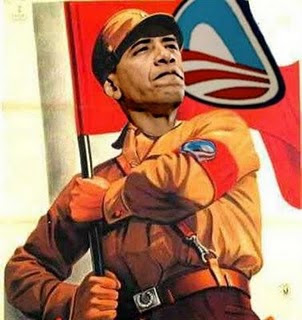 Readers may recall this post from the other day "That did it. The bag is out of the Gunwalker cat. 'Mexicogate.'"

The Obama administration faces a tough choice: either orchestrate a cover-up, as the ATF appears to be doing, or open up the case and accept the consequences.

The gunwalking case tests the integrity of the Obama government. It also further weakens support for a failing drug war strategy. The administration is currently seeking millions more dollars in security aid to Mexico under the Merida Initiative.

The best path forward is to fully investigate the operation and punish those responsible -- no matter how high up the blame goes.

Well, Laura Carlsen's Foreign Policy in Focus piece just got put up on the Huffington Post and the HuffPo Libs can't believe the Gunwalker Scandal.

Craftycrow comments: "Thank you for this report! I never would've known about this. How ridiculous­. If you're going to break internatio­nal law and ethics, at least wipe out a lot of bad cartel people in the process. What they did didn't even help."

The more they find out, the less they're going to like it. It just doesn't fit with benevolent picture they have of "Dear Leader." 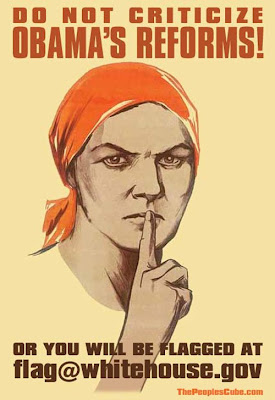 A healthy dose of reality for the "reality" based "community."

Just wait as the stench rises to the level of the highest incompetence. The hysteria, the gnashing of teeth, the recriminations...

Pass the popcorn and bring me another beer!

I can't wait till they find out the trail leads all the way back to O'Bummer. What was that old saying "The Buck Stops Here" or will we hear the old song & dance that "He did it and I didn't know anything". Vote TRIPOD 2012.

Ya.... that's about how I felt on the morning after Obama was elected.

Huffington Puffington has several posts crediting CBS with "breaking" the Gunwalker story. So I attempted to let their readers know how things really started at "CleanUpATF.org", David Codrea's site, and of course here. If my comments get past their censor they usually don't stay up long. I forget how many times I have been banned for posting things they don't want their readers to know. Still, if it would save just one life, wouldn't it be worth it? ;-)

HufPo actually posted my comment on who should get credit for the Gunwalker story including the reference to this site. So I got wild and posted the 5 esential points about Gunwalker verbatim from your sidebar with appropriate reference back to this blog. Their censor must be on a lunch break.

Both of the above referenced posts are now showing on HufPo. Let's see how long they leave them up.

"What's the point?" you may ask. Based on their posted reactions, many if not most of HuffPo's regulars have never heard of "Fast and Furious", much less "Gunwalker", David Codrea, Mike Vanderboegh, Sipsey Street Irregulars, Oathkeepers, Threepers or a host of other topics we're familiar with. In short, the live in a different country than we do. If only a few of them follow the hints I left for them, they may see that their Commissars are not quite what they thought they were or what they voted for. Perhaps a glimpse of the man behind the curtain will do them, and us, some good.

A google search on "huffington post mexicogate" now shows 1503 hits. When Huffington talks, the left listens. And right now Huffington is talking about "Mexicogate" aka gunwalker. They're not stuffing this bag back in the cat anytime soon. Big congrats to Mike and David.

P.S. One of the posts in response to Ms. Carlsen's piece was from some guy named Codrea. You may have heard of him. Yup, National Gun Rights Examiner now giving HufPo cadre both barrels. Ain't life grand!

Dear HuffPo, et al,
Now that you've broken out of your nice, soft, comfortable MSM libtard cocoon, what next?
Shocked retreat back to imaginary rainbows and unicorn farts?
Or righteous indignation, and continued real world education?
Your move.

Stonewalling is this magnitude isn't orchestrated by underlings. My money says this goes straight to the white house through DHS.