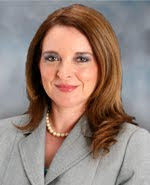 Reid Collins & Tsai is a boutique trial firm that practices complex litigation nationally and internationally. Our trial attorneys include a team of former federal prosecutors, judicial law clerks, and forensic accountants who aggressively and efficiently maximize recoveries and resolve complicated disputes for our clients both in and out of the courtroom. Our practice spans a wide range of complex commercial litigation, including financial fraud matters, Ponzi scheme-related cases, international money laundering matters, cross-border disputes, and professional liability matters. We represent trustees, liquidators, foreign countries, international banks, and companies from the U.S. and abroad in federal and state courts across the country.

The just in from a reader:

Found something interesting that may be of interest to Grassley. Apparently one of the partners of that law firm, just so happens to have been appointed by Obama to the Texas Federal bench.

In a press release today from the White House, President Barack Obama announced his nomination of Marina Garcia Marmolejo, a partner in Reid Davisin San Antonio, as a judge for the U.S. District Court for the Southern District of Texas. “I am confident she will serve on the federal bench with distinction,” the president stated in the release. Marmolejo is Obama’s second judicial nominee for Texas. On July 14, he nominated Diana Saldaña for a Southern District bench in Laredo. According to the White House press release, Marmolejo joined Reid Davis in 2009 and previously was of counsel in the San Antonio office of Thompson & Knight. Prior to entering private practice, Marmolejo was an assistant U.S. attorney in the Southern District, a post she held from 1999 until 2007. A 1996 graduate of St. Mary’s University School of Law, Marmolejo began her legal career as an assistant public defender, serving first in the Western District and later in the Southern District. U.S. Rep. Lloyd Doggett, D-Texas, notes in an e-mail from his office that the Texas Democratic Delegation had recommended Marmolejo for a judicial nomination on May 13, 2009.

And of course, here is her "bio" on the law firm website. She was, shocking!, born in Mexico. The fix is in.

Is it just me or does this woman look like she smells something stinky...

Just great. The big imposter nominating everyone to positions in gov't that benefit him and his cause. We now have an entire gov't from the top down that is null and void, not one thing has been legal and as such, the last 2.5 years never happened.
I doubt he'll even do any jail time after he's exposed! They may deport him however, to Hawaii.

Maybe the American people need to counter sue for the drugs, murder, kidnappings, gang violence and the financial burden on the American Taxpayers imported illegally from Mexico.

Can the gun companies countersue BATF? Or do the pukes have immunity regardless of what they do?

You can't depend on Depends anymore can you ? The stench of corruption is becoming overwhelming!

Does the phrase, "Under the radar" come to mind ?

For her it's one of those 'win-win' opportunities: a win if Mexico wins (she's Mexican) and another win either way it goes because her buds in the law firm (and she if still connected) get big $$$.

Look at it this way, maybe the Fed gov can save $$$ during the trial and use her as translator too?

I must ask again What can we do to discourage this treason?
Under the Constitution treason is defined "Treason against the United States, shall consist only in levying War against them, or in adhering to their Enemies, giving them Aid and Comfort."
Has not Reid Collins & Tsai done exactly both of these things?

"Recusation of the permanent, involuntary sort" (sort of a modern Phoenix Program) on a members and employees of conspiring to aid a foreign power in violating our Constitutional rights?
Or should this be taken up with the officials of the offending government?
Break windows at the law firm, or Mexican embassy/consulate?

Perhaps a warning to the traitorous law firm first?

No one is likely to die directly from their actions. So the usual 3per rules of engagement might be of no value.

I think I saw the back of her head bobbing in my lap a few weeks ago, then again maybe not.

It's always good to hear that a Mexican citizen is serving on a US government court as a judge.

The Sons of Liberty sometimes broke expensive windows when they got upset.

It was very sensitive issue and I am hoping that everything was fall into its proper places soon. Thank you for this great post. Keep posting.