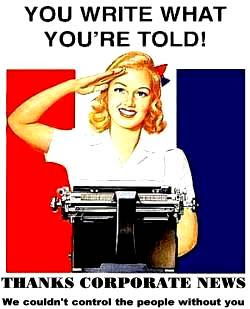 My thanks to the several of you who responded to my request for the entire article of Jason Trahan's Dallas Morning News article, "Dallas-Area Guns Arm Drug Killers." The entire transcript offered only this bare mention in a single paragraph of a story made up of 48 'graphs. Note the run-up to it as well, commentary added ad seriatim:

The bureau treads lightly at the gun shows, where agents say many of the illegal transactions begin alongside perfectly legal purchases by sportsmen, hunters and firearms enthusiasts.

The ATF does have agents working undercover at most big shows. But any perceived threat to the Second Amendment right to bear arms can be a political bombshell.

Wayne LaPierre, CEO and executive vice president of the National Rifle Association, disputed statistics that show cartels are getting their guns from American dealers and gun shows. He said he believes it's a myth that gun shows are a haven for criminals to get guns.

"They're trying to use this as an excuse for more regulation on us," he said.

"If there's illegal activity going on at a gun show, prosecute it," he said. "If someone is doing one straw man sale, we're opposed to it. ... But we're also about protecting the rights and freedoms of the good guys. We want gun laws on the books enforced on the bad guys."

Bouchard, the former ATF official, said that without regulation, law enforcement can't stop the illegal trafficking and "won't know that a gun has been bought and smuggled until it's used in a crime, until there are dead people."

(MBV: Except of course when you follow it from gunshops run by paid confidential informants to the traffickers, shooting surveillance video as they load it in their trunks, and then watch, waving goodbye, as it disappears across the border.)

"How can anybody in their right mind be opposed to letting the government know if someone is buying multiple assault rifles in a given time?" he said.

(MBV: Note that once again the ATF is leaning on ex-employees like "Waco Jim" Cavanaugh, who can't later be profitably put under oath to carry their water for them in the press.)

The lack of a reporting requirement for multiple rifle purchases is not the only hurdle ATF agents face. The ATF has 2,500 agents about the same number it has had for almost 40 years. Dallas has 25, and in addition to gun trafficking, they're responsible for federal arson and explosives investigations and investigating firearms violations by felons.

(MBV: Oh, poor, poor, babies. They don't have enough agents, power and money. And what was it that Newell told the whistleblowers that Gunwalker was about? "Padding the numbers," right? To what end, Trahan? Nostradamus in the outhouse, Trahan. Get a CLUE.)

Also damaging is recent criticism of the ATF after agents in Arizona allegedly allowed smugglers to take guns into Mexico in order to gather evidence. Investigations are pending, but North Texas agents say they do not let guns knowingly cross the border.

There. That's it. One spare paragraph. "Recent criticism." Interesting way to characterize demand letters from U.S. Senators and Representatives, subpoenas and testimony of ATF agents themselves.

"North Texas agents say they do not let guns knowingly cross the border." Really? And in the light of Gunwalker we are supposed to take their word. . . why, exactly? Rather than poke and prod, compare the time lines offered in the indictments and ask real questions, Trahan accepts the meme meekly. Oh, well, they SAID they didn't, so OF COURSE, we're supposed to believe them. After all, they're federal agents and they NEVER lie, right?

This seems odd since his own paper has editorialized on this very subject. And it is not as if Trahan hasn't been informed. He's been on my Gunwalker email distribution list for some time now.

I can only conclude Trahan is no journalist. He's a "journalista" -- a federal lickspittle and media pimp for the Gunwalker Scandal Coverup. 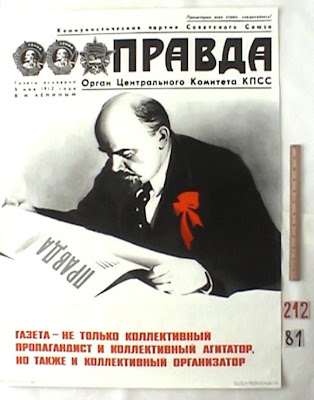 Assistant U.S. Attorney Lanny Breuer reads his Dallas Morning News. "Must remember to send Trahan some caviar. He's been a good little Young Pioneer."
Posted by Dutchman6 at 5:27 AM

As I have said before, today's "journalists" understand what it takes to get hired by ABCNNBCBS and their dead-tree fellow travelers. This guy is fully qualified for a "newsroom" job at ANY media entity.

Ah! Mike, you do have a way with words, to wit: "He's a "journalista" -- a federal lickspittle and media pimp for the Gunwalker Scandal Coverup."