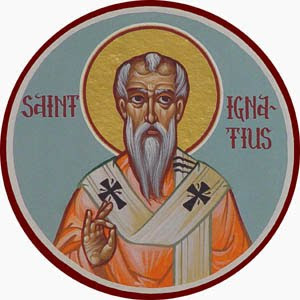 Hagiography (pronounced /ˌhæɡiˈɒɡrəfi/) is the study of saints. From the Greek (h)ağios (ἅγιος, "holy" or "saint") and graphē (γραφή, "writing"), it refers literally to writings on the subject of such holy people, and specifically to the biographies of ecclesiastical and secular leaders. -- Wikipedia.

CSM deifies the Bradys: Thirty years after Reagan was shot, Jim and Sarah Brady courageously keep the pressure on for gun control.

My rude reply to the story and comments:

I was once asked by a citizen disarmament advocate, a follower of the Bradys, what I thought about more firearm restrictions. I began to answer when he impatiently broke in, "Give me the short answer." I replied, "Okay. . . If you try to take our firearms we will kill you." All the fellow could do was stare at me in disbelief. This is the restated meaning of "shall not be infringed." Some people, however, have to have it translated for them. Believe me, the NRA is the least of the citizen disarmament advocates' problems.

Our God-given, natural and inalienable rights are not subject to modification by law or negotiation. Do not extrapolate from your own cowardice and believe that if you are lucky enough to game a corrupt political system and get what you want legislatively, that we, like you, would not resist federal tyranny. We will fight, even though it means our deaths. This is an alien concept to most collectivists but it is nonetheless true. Pass another law -- any law -- that further restricts our free access to arms and you'll have a civil war on your hands in short order. You would have to stack up millions of our bodies to achieve your stated purpose and we would not go quietly without making that trade more than a one-to-one ratio. This seems an odd way to secure "public safety." So, you have to ask yourselves, in light of the iron-clad Law of Unintended Consequences, is it worth it?

If you're smart, you'll say no and back the hell up out of our faces and get your nanny state out of spitting distance of our liberty and property before there is . . . trouble.

CSM... neither Christian nor scientific.

Some serious convolutions and contortions of thought there.

Notice how these vermin whom sent A.T.F. thugs to murder, assault, frame, and falsify evidence. Now have the audacity to accuse us of bullying them.
This insult should result in retaliatory violence!
However we will not act like them. Yet.

This insult should result in retaliatory violence!
However we will not act like them. Yet.


Why not? They are in control, or think they are, because we have allowed it.

I offer these original verses of an exhortation to action, to acceptance of our Fate; a fighting song in the manner our forefathers would recognize:

I am the humbler Fiddler, and
I beg you call the tune...
To open future's portal, and
Invoke the Tyrant's Doom.

Take upon you your Aspect,
Of Pure and Righteous Wrath,
Raise up your Armored Attribute,
The Warrior's One True Path.

Throw down the foes of Liberty To sorrow as they must,
To reap a bitter harvest as their
Scheme lies in the dust.

Accept that, as your Fathers,
You'll not see the Promised Land,
But with them you'll share the Honor
Of Humanity's Last Stand.

Thank you for removing the nimbi from these self-seekers. Martyrs they are not. Though I wouldn't mind them being the food of wild beasts and a spectacle for the people like the Bishop of Antioch whose icon you have pictured.