Looks like the ATF will end up as roadkill in the Road Dog case.

"I learned from an insider that other ATF Special Agents (not SA Cefalu) came forward and testified last week, called ATF bosses liars, and that the next hearing is February 9th." -- Confidential intelligence report from CPT Jonathan Tuttle. 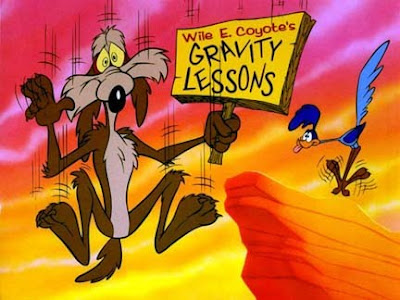 CPT Jonathan Tuttle of the Beltway Commandos reports in on the Road Dog case (see "Liar, Liar, Pants On Fire"). It seems that CPT Tuttle is now in a sort of friendly competition with CPT R.A. Bear of the Dogtown Rangers to see who can dig up the most embarrassing dirt on the ATF. I wouldn't be surprised to see this one end up on a network.

His report reads, in part:

This case is going on as we speak. I learned from an insider that other ATF Special Agents (not SA Cefalu) came forward and testified last week, called ATF bosses liars, and that the next hearing is February 9th. I also learned this is an ongoing RICO trial involving an illegal wiretap.

The story below, published last November, states that trial is set for July 10, 2010.

Bee staff writer Leslie Albrecht can be reached at lalbrecht@modbee.com or 578-2378. Follow her at Twitter.com/BeeReporter.

I find she is reporting the case on her Twitter: http://twitter.com/roaddogcase

"The courtroom was cleared of onlookers — except attorneys and defendants — when the agents testified because they still work undercover, Faller said.

The two undercover agents talked about the progress of the investigation into Holloway and Road Dog in 2005 and 2006. They backed up what another Alcohol, Tobacco and Firearms agent, Vincent Cefalu, told the court previously: that investigators were making headway in their probe into Holloway's activities, Faller said.

That's important because it strengthens the assertion that the government lied on its wiretap application. Wiretaps are considered an extraordinary invasion of privacy, so the government is only allowed to use one if other investigative methods have failed. That's what the FBI claimed when it asked Wanger for permission to tap Holloway's phones."

. . . I'm sure court documents are available through the PACER system, to which I don't have access, and I don't know the name of the case.

So, is there a lame stream media outlet that is willing to follow this story through to the inevitable Congressional hearing? Inquiring minds want to know.

They are now talking plea agreement with the principal defendant. This is what they always do when their case comes apart. Just ask Doug Friesen.

But what about the street agents? Chief Counsel's Office's initial impulse will be to come down on Agent Cefalu and his fellow agents who told the truth. But can DC afford to take that risk? Now? With every other case falling out of the sky thanks to their own incompetence or unlawful and corrupt vindictiveness?

By now, Melson has to be feeling like Wile E. Coyote. Every time they try for the roadrunner, either gravity or their own Acme explosive device gets them instead.

Mike Vanderboegh
The alleged leader of a merry band of Three Percenters.
Posted by Dutchman6 at 3:10 PM

Just like the Bible says: You sins will seek you out.

Another alumnus of Berliner Polytechnischum...good to see

"Just like the Bible says: You sins will seek you out."

Maybe "discovery" and "find" are brothers in this "case"?