“Malignant Nature” Deconstructed by a Current Serving West Pointer Who Served With the 82nd Airborne. 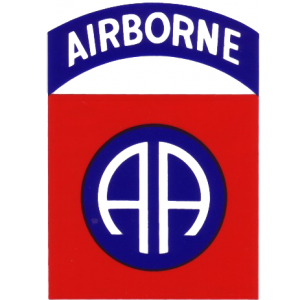 From the intro, here:

As many Oath Keepers are aware, “Streiff” over at Red State has written a criticism of us entitled “The Malignant Nature of the Oath Keeper Movement.” The author, a retired LTC, makes many “arguments by authority.” This attack on Oath Keepers comes from an odd quarter in that Streiff has written eloquently in the past about supporting our troops and other issues that most Oath Keepers would agree with. He is nominally, one would think, someone who should agree with us.

A current serving LTC and West Point graduate (and an admirer of Streiff’s previous work), who served with the 82nd Airborne Division, has deconstructed Streiff’s arguments below ad seriatim. His comments are in red.

It all comes down to which world view you have. Is it the individual or the collective? Are we created or are we an accident? I am sorry to bring up God, there is a reason the individual has value and rights. It is also important to note where the rights come from and who is responsible for defending them.

We on the side of the Oath keepers are fanatical because a deeply held TRUTH will motivate you in ways the "anti crowd" can't match or understand. Any cause worth dying for is also worth killing over.

God bless the Oath Keepers and my fellow III-pers.

LTC Streiff is an idiot. This was all settled over sixty years ago at Nuremburg where a good many German soldiers were sentenced by international tribunal to prison or death for failing to disobey their chain of command when issued unlawful orders.
As for that remark about the beginnings of the revolution not being about arms confiscation, where did this fool go to school and how did he manage to graduate having obviously slept through American history class.

"Streiff" is a neocon who is coming out of the closet as just another de facto imperialist, whose political beliefs align far more closely with those of Saddam Hussein, (or King Hussein of Barakastan, for that matter), than with Jefferson or Washington. The differences between liberals and a neocons are getting smaller and more blurry in detail all the time.