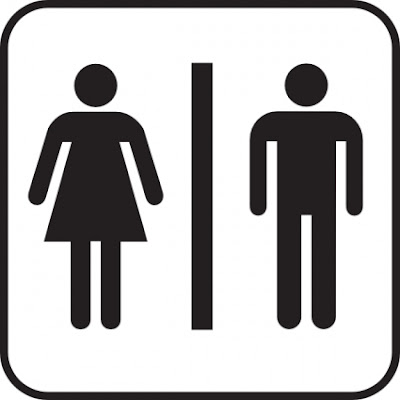 My thanks to CPT Bear for bringing this to my attention.

Numerous incidents of restroom vandalism are occurring throughout the ATF Headquarters building and are being reported to the ATF Physical Security. ATF is now partnering with the General Services Administration and Federal Protective Service to increase surveillance and reporting of suspicious behavior and damage in an effort to stop this activity. Employees are encouraged to immediately report vandalism or suspicious activity to the ATF Physical Security office at 202-648-7540 or the ATF Building Manager, Ray Spicer at (202) 306-9617 or Raymond.Spicer@atf.gov. All information will remain confidential. Theft, defacement, damage or littering of federal property is considered vandalism and is grounds for disciplinary action. Please help us protect our building and everyone’s health by being aware of activities in your immediate area.

CPT Bear is not the only one who has noticed this crackdown at "The Concrete Asshole of the Universe," as the Dogtown Ranger's commander "Mad Bob" REDACTED refers to it. The dissident agents over at Clean Up ATF have noticed too.

ATF is being criticized for weapons flowing over the border faster than the Rio Grande, our Agents are “unprofessional (according to Director Mueller) and don’t “play nice” with our brothers at the FBI. Our management is unable to keep track of our own guns or computers, and a significant percentage of them in recent times have been forceably retired or reassigned to avoid termination, arrest or prosecution. Yet, we are devoting precious ATF airtime and manpower resources to…toilet vandalism!

Although defacing of the beautiful HQ digs by juvenile individuals is certainly inappropriate and should be addressed, we have to ask, "Are you kidding?"

When ATF Special Agent Dobyns' house was torched by bad guys, did ATF form a task force or even respond in anything resembling a timely or competent manner? Hell no. Our lofty management is unwilling to devote a few minutes to post an appropriately decent sendoff for the late SA Russell, but is all about forming a special “task force” to patrol the HQ crappers? Our hapless leadership is utterly unable to competently navigate though the smallest of the agency’s REAL problems, but when someone vandalizes an HQ ladies’ room, and they are “hair-on-fire”, guns-a-blazin’, and partnering with all sorts of other agencies to nail these violent predators (otherwise known as “toilet taggers”).

In any event, why we must we post such petty and distasteful information via a national broadcast? Doesn’t our executive staff ever tire of being laughed at and derided by FBI and others? The embarassment never ends.

I'll betcha its James P. "Little Jimmy" Vann. I hear he's not so happy with his bosses these days. I think I'll email ATF Building Supervisor Spicer and tell him to look for tell-tale black magic marker stains on Little Jimmy's fingertips. And, yes, I noticed that the locus of much of the damage seems to be the women's restroom. That's what made me think of him.

This just begs the question- What is it exactly they are scribbling in the bathrooms?

OMG, shit-can terrorism! We need more laws protecting us from our shit-cans! Obambam please save us!

We'd love to know what Captain Bear told you they were eating for breakfast.
;)

From a mole in the bldg, the disturbing graffiti consists of personal slurs, posted in both women's and 'unisex' rest rooms.
Examples are:

"Fellas- do YOU want that 'thrill running up your leg' sensation? Order my special DVD of 'Political Celebrity Butt Plugs' and you'll get it. The Deluxe Version includes my personal autograph, and one of my own used condoms, size X-SM, to complete your macho fantasies.
You know what I always say - just give me that thrill and do what you will!" Call our Hot Line and ask For "Big Chrissy" Matthews.

"Got a wife, child or dog giving you grief? Want a fresh start without the baggage of a family? Call my agent, Texas Ted and we'll meet for discussion of prices.
My service motto: For the Right Price, I'll Blow Their Minds Once and For All.
Lon Horiuchi, Assassin for Hire.
You show us the meat and we'll bring the heat!
PS - no adult male targets accepted."
parapacem

Hey girls is it just me or are these ftrooper guys over compensating for something?

OMG that is too funny. WAY TOO FUNNY!!!