Dave Workman asks here, "What is an 'Illegal Gun'?"

His point is well taken, but I have a better idea. Why, instead of "Mayors Against Illegal Guns" don't we have "Citizens Against Illegal Mayors"? I mean, Birmingham has an illegal mayor. His name is Larry Langford. This is him here:

He took bribes, say the Feds, in return for steering bond issues. 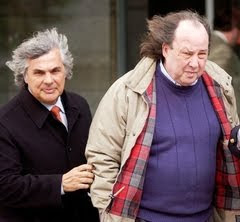 Oh, Yeah, and this is his confessed bagman, Al LaPierre, former head of the Alabama Democrat Party and Al's lawyer. 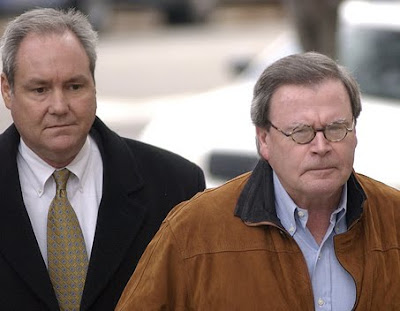 This is Bill Blount, the confessed "bond daddy" who bribed Larry using Al, and his lawyer.

Both have rolled on Larry. They are going to testify against Larry. Is Larry shamed? Is Larry going to resign as Mayor? Heaven forfend! He's going to play it all the way out to the bitter end.

Oh, did I mention that Larry is a member of "Mayors Against Illegal Guns"?

Hell, Larry isn't even a resident of the city, he wasn't even a legitimate candidate. Even the feds send their correspondence to his Fairfield address. Don't worry, this idiot will be in prison soon enough.

I've lost count. How many "Mayors Against Illegal Guns" have hit the greased slide to corruption?

"Guns? We don't need no stinking guns! We can steal from and screw over our citizens without guns."

who has the surveillance capability to figure out what these mayors are doing?

and who with an anti-gun agenda has access to their reports?

Much to my surprise I got an NRA flyer in the mail today saying my POS mayor had joined with the same date you posted this.

I think a chat will be in order.

Anyone have a one stop shopping "this is the company you keep" source on all the mayors against freedom scum who have been arrested, , indicted, charged, or found guilty? Hows about an in depth look at MAIG?

Those materials will be more for public consumption, but be nice to go in armed with more then I think I'll need when (and if) I can talk to him.