Ron Paul has CFR worried over Fed? Can we now call him "Black Helicopter Ben" Bernanke? 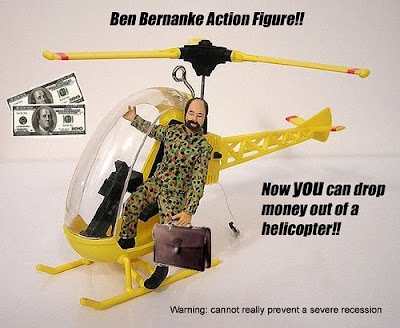 My thanks to Virginia for forwarding this link from Stephen Yates.

Playing to conspiracy stereotype, the Council on Foreign Relations journal "Foreign Affairs" is clucking its tongue in alarm at little old Ron Paul:

"Congress' ire cuts across party lines, but it has been crystallized by Ron Paul (R-Tex.), an extreme libertarian and longtime foe of the Fed. He has, incredibly, persuaded almost two-thirds of the House of Representatives to co-sponsor a bill that would jeopardize the Fed's independence. The bill is titled, innocently enough, the Federal Reserve Transparency Act, which sounds like something everyone should favor. In fact, many have long advocated greater Federal Reserve transparency. And, incidentally, the Fed has become substantially more transparent over the past decade, such as by issuing explanatory statements with each policy decision and revealing more about its internal economic forecasts.

But the cutting edge of the Paul bill is not a call for more transparency; it is a proposal to subject the Fed's decisions on monetary policy and its dealings with foreign central banks and foreign governments to audit by Congress' Government Accountability Office (GAO). Up until now, these activities have been explicitly exempted from audit by the U.S. legal code."

So what does the Council on "Foreign Relations" care about the Fed's transparency? You'd almost think there was a black helicopter lurking somewhere nearby. Maybe now we should address him as "Black Helicopter Ben" Bernanke? 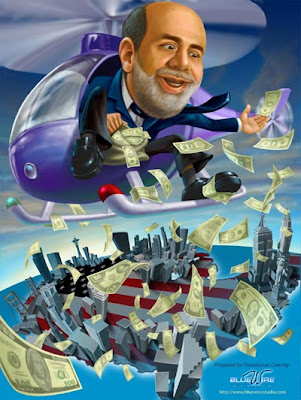 I don't know as much as a lot of you guys about the fed. I realize that it is a crock, however, I doubt the last thing we want is to let politicians and other bureaucrats control the money supply.

I have no doubt that the fed is indeed a screwed up system, but would Paul's idea really be a step in the right direction? I strongly doubt it simply because I have no more faith in politicians than I do in big banks.