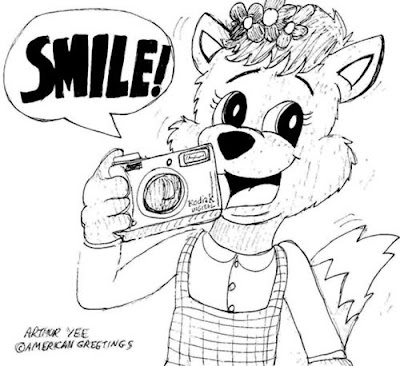 Early on the morning of 9-12, we rendezvoused at the Starbucks just down from the Capitol Hilton and sat down at one of the tables outside to assemble the flags. I had notched the quarter-round sticks that Pete had bought the night before by using a hotel steak knife. The zip ties being caught in traffic, we improvised ties with tape and paracord. As we were working, it became obvious that we had acquired a new friend. They were quite shy and didn't want to be seen, but they were VERY interested in our little working party.

As recalled by one of our Marine Threepers:

Several pix were taken from the third floor stairwell window in the building on the corner across the street of the group before and during flag construction. The figure (possibly female?) would take the picture and duck back behind a stairwell. The person definitely did not want to be seen. The movement caught our eye. We then kept looking until they came back out and confirmed we weren't seeing things.

Well, we DID post the rendezvous point on the Net. That was the whole point. But why is it that everytime I throw a picnic I end up with pesky government ants? 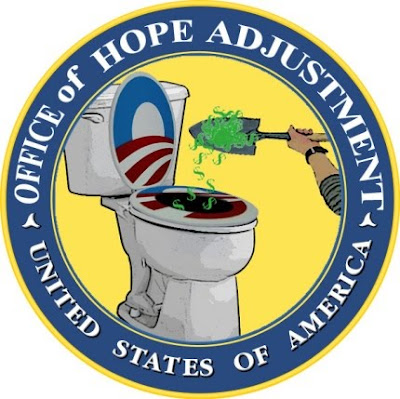 Your Tax Dollars at Work.
Posted by Dutchman6 at 6:50 AM

I hope one of her pictures caught y'all giving her the finger!

Ditto to what Gunrights said.

Plus, I hope that ALL of you dropped
yer pants and gave her the BIG BA.

That would have been funny, with a dozen people in the Starbucks behind us doing spit-takes and opaquing the window.

Naw, my son would have told my wife about it and she wouldn't let me take him to any more of these things. I'm in enough trouble for "Daddy pulled me off the street when the police car almost ran me over".

My guess is she was a nervous nelly anti-gunny Sarah Brady acolyte. I can't imagine ANYONE graduating from the FIBBER Academy or even local PD would act like that on surveillance.

If she wanted to take pictures, she should have had on a "NO TAXES" t-shirt, a "Reagan 2012" hat, and big grin on her face giving thumbs up to everyone passing by. Even if only every third snapshot would be directed your way, she still would have been more effective in her nefarious ploy.