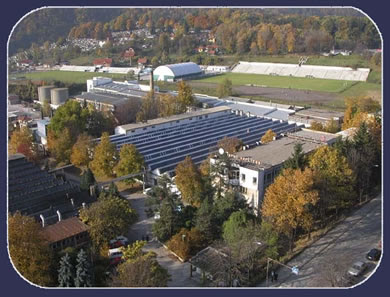 From typeay comes the sad news of a fatal explosion in the Serbian Prvi Partizan ammunition factory.

Prayers for the family and friends of those killed or injured. Prvi is one of the main ammunition suppliers still shipping brass cased, boxer primed, reloadable, high-quality ammunition to the USA. It is an excellent, accurate product. I've shot "more than my share" of Prvi. Stand by for supply speed bumps in the ammo market, yet AGAIN.

I second typeay's call for prayers for the victims, and his praise for the quality of Prvi's product.

More selfishly, I also wince at what effect this will have on the continuing ammo shortages and high demand here.

The original article he sent me:

At least 7 people have died and 14 injured in an explosion at a munitions factory ‘Purvi Partizan' in the Serbian town of Uzice.An investigation into the incident had been launched to determine the cause of the series of explosions.

At least 14 ipeople were injured in the blast and they are not in a life threatening condition.

The fire that followed the explosions has been localized, Maric said. According to BETA's correspondent in Uzice, the fire brigade received the call at 9:20 p.m. Unofficial sources have said that the explosion took place in the gunpowder propellant production unit.

An investigation into the incident had been launched to determine the cause of the series of explosions.

Prvi Partizan, which employs around 600 people, has been Serbia's major ammunition factory for 80 years, producing military and hunting ammunition as well as gun powder and explosives.

In a statement to Tanjug news agency, Dacic said that the five employees have been arrested on suspicion of criminal negligence which put safety at risk.

Serbian First Deputy Prime Minister and Minister of the Interior Ivica Dacic said today that the results of the investigation held into the explosion that took place at the Prvi Partizan munitions factory killing seven workers show that negligence was the cause of the explosion and five factory employees have been arrested.

In a statement to Tanjug news agency, Dacic said that the five employees have been arrested on suspicion of criminal negligence which put safety at risk.

It is suspected that they did not follow safety protocols while handling dangerous substances which led to the loss of life and property.

Here is the general importer of Prvi Partizan for the US:

And this is Wikipedia's background description:

Prvi Partizan is a Serbian ammunition manufacturer. They produce ammunition in a variety of calibers in various loadings. Founded in 1928[1], they continue to produce ammunition for civilian and military consumers[2]. Their products are available worldwide, including in the United States[3]. Several ammunition articles list Prvi Partizan as one of the few sources of certain unusual cartridges, such as the 7.92x33mm Kurz cartridge used in the StG 44 rifle, and the 7.65x53 Belgian/Argentine Mauser cartridge. In early 2009, Prvi Partizan introduced the 8x50mm Lebel, becoming the first commercial manufacturer in decades to produce it.

Prvi Partizan cartridges carry the headstamp "ППУ"[4]("PPU"), which stands as abbreviation of factory's name in Cyrilic letters, "Први патризан Ужице" ("Prvi partizan Užice"). Prvi Partizan has made ammunition with the head-stamps PP and PPU[4]. The company also makes commercial ammunition for export to Australia, where it is sold under the Highland AX brand.

Prvi Partizan has formed a partnership with the Wolf Ammunition of Russia, manufacturing the "premium" Wolf Gold line.

This email was just forwarded to me from Ammoman.com concerning Prvi's down-time shipping status:

With great sadness we regret to inform you of an incident at the Prvi Partizan Amunition factory in Uzice.

None of the machinery at the plant was damaged, but other damage was caused by activation of the sprinkler system which resulted in a flood that will delay production.
It is estimated that production and shipping will be delayed approximately 2-3 weeks.

We are very aware the effect of this delay and appreciate your patience and understanding.

We will keep you informed as matters progress.

Rumor has it they also make at least some of Winchester's white box.

May God grant rest to those who died, and comfort to the families and loved ones, co-workers and friends.