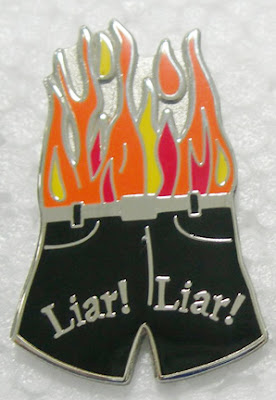 You know, I bet someone fifty bucks that Holder would be gone by Christmas. Seemed like a risk at the time. Not now. Scratch one Attorney General.

New documents obtained by CBS News show Attorney General Eric Holder was sent briefings on the controversial Fast and Furious operation as far back as July 2010. That directly contradicts his statement to Congress.

On May 3, 2011, Holder told a Judiciary Committee hearing, "I'm not sure of the exact date, but I probably heard about Fast and Furious for the first time over the last few weeks."

Read the "It's a tricky case" email

Read the memo to AG Holder from Asst. AG Lanny A. Breuer.

The documents came from the head of the National Drug Intelligence Center and Assistant Attorney General Lanny Breuer.

In Fast and Furious, ATF agents allegedly allowed thousands of weapons to cross the border and fall into the hands of Mexican drug cartels.

It's called letting guns "walk," and it remained secret to the public until Border Patrol Agent Brian Terry was murdered last December. Two guns from Fast and Furious were found at the scene, and ATF agent John Dodson blew the whistle on the operation.

Ever since, the Justice Department has publicly tried to distance itself. But the new documents leave no doubt that high level Justice officials knew guns were being "walked."

Two Justice Department officials mulled it over in an email exchange Oct. 18, 2010. "It's a tricky case given the number of guns that have walked but is a significant set of prosecutions," says Jason Weinstein, Deputy Assistant Attorney General of the Criminal Division. Deputy Chief of the National Gang Unit James Trusty replies "I'm not sure how much grief we get for 'guns walking.' It may be more like, "Finally they're going after people who sent guns down there."

The Justice Department told CBS News that the officials in those emails were talking about a different case started before Eric Holder became Attorney General. And tonight they tell CBS News, Holder misunderstood that question from the committee - he did know about Fast and Furious - just not the details.

Isn't that the DC fancy pants way of saying; 'I didn't really mean to lie and I'm really sorry I got caught, how about a do-over?'

We knew this clown was a liar, now he's caught. Nail his a$$ to the wall.

Now, the question is whether Holder will be willing to take a (figurative) bullet for Dear Reader...

Add to this that Dear Reader is now busted inviting Malik (I HATE EVERY IOTA OF A CRACKER) Zulu (WE GON' HAVE TO KILL DEY BABIES!) SHABBAZZ to visit him in the white house!

Damn! You may have to soon replace Holder's mug on "Gunwalker Man" with...?

So perjury before Congress. What's the remedy? They impeach Holder?

Look, Scott J, why would ANYONE be willing to believe that the Senate could generate 67 votes to remove Holder, even if the House did impeach? You'd be lucky to get even 30 votes for removal there!

[W]hy would ANYONE be willing to believe that the Senate could generate 67 votes to remove Holder, even if the House did impeach?--MM

Senate Democrats will not agree to sacrifice their political careers just to protect Eric Holder. He is readily expendable.

"I bet someone fifty bucks that
Holder would be gone by Christmas."

He will do the Holder Hold-out, waiting until New Year's Day, just to spite you. ;^)

I love this bit of honesty (a rare gem indeed) from the first memo:

From July 12 through July 16, the National Drug Intelligence Document and Media Exploitation Team . . .

The Marxists are on the other end of this thing, which means they have control mechanisms which they can use to manipulate both processes and people.

Remember "filegate" and the other scandals which were used to remove certain republicans at strategic moments, and start to think in terms of a KGB/CIA operation wherein the target/s, is/are compromised by way of their active libidos and penises etc....