Big Sis knows nothink about Gunwalker. NOTHINK. "We are waiting for the Inspector General report." 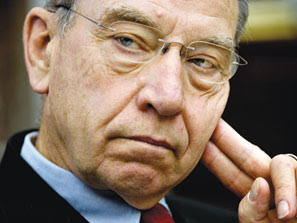 Oversight is a critical function and a constitutional responsibility of the legislative branch. It’s often an overlooked function for members of Congress. It’s not always glamorous. It’s hard work, and it can be frustrating because of bureaucratic stonewalling.

In 2008, I was glad to hear the President-elect talk about the most transparent government ever. Unfortunately, up to this point, this administration has been far from transparent.

I’m glad the Secretary is here today. This hearing will give us an opportunity to ask questions that have gone unanswered. I’m frustrated by the less than forthcoming answers we receive from the administration. . .

Finally, I have asked Secretary Napolitano in the past about the involvement of an Immigration and Customs Enforcement officer being detailed in Phoenix to ATF’s Operation Fast and Furious. I also asked Secretary Napolitano at a hearing back in June about whether she had had any communications about Fast and Furious with her former chief of staff, Dennis Burke, who was the U.S. Attorney in Arizona responsible for Fast and Furious. I did not get any response back from her. Mr. Burke is to be commended, to some extent, for being the only person to resign and take responsibility for the failed operation. Of course, I do not believe he should feel obligated to be the only fall guy. If there are other higher-ranking officials at the Justice Department who should also be held accountable, they should also step up to take responsibility.

Thanks to the Secretary for appearing before us today. I look forward to hearing from her. - Prepared Statement of Ranking Member Chuck Grassley, Senate Committee on the Judiciary, Oversight Hearing of the Department of Homeland Security, Wednesday, October 19, 2011 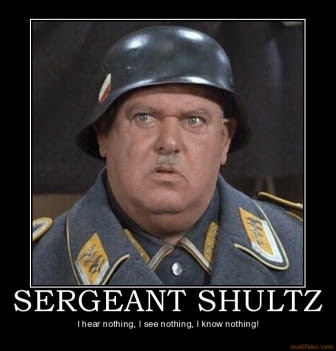 Grassley: This is an issue I asked in June to respond to in writing .. did you talk to USAO Dennis Burke about Fast & Furious?

Grassley: Did you talk to him about Agent Terry's death and then I'll go on...

Napolitano: If I might . . . Not about Fast and Furious.. When Agent Terry was killed. . . December 14th. . . I went to Arizona a few days after to meet with FBI agents and the Assistant US Attorney looking for the shooter. . . At that time nobody did forensics. . . I want to be sure that those responsible for his death are held accountable. . . I did have conversations in December of 09. . . at that time nobody knew about Fast and Furious.

Grassley: Since i first asked in March. . . have you done things? Looking into it?

Napolitano: I did ask ICE to look into it. . . As to whether there had been any involvement there. . . That is all. . . We are waiting for the Inspector General report. . .

Riiight, that ole IG report. Well, I won't hold up on lunch waiting for THAT.
Posted by Dutchman6 at 11:31 AM

Apparently, Janet doesn't realize that the "I didn't know" excuse landed Holder in a pot of hot water.

We are watching the Republican Party go the same way as the old Whig party.

Napolitano does resemble Shultz.
Never noticed that before.