Another altered state heard from . . . And don't forget to try the unicorn skittles. 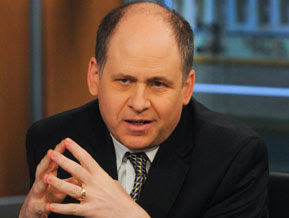 "The White House is scandal free. Plus, since Obama has been president, my unicorn Antonio Gramsci shits very tasty skittles. Really. Try one."

President Barack Obama goes into the 2012 with a weak economy that may doom his reelection. But he has one asset that hasn’t received much attention: He’s honest.

Yes, he really believes that. Worse, he thinks he can sell that proposition to the rest of us. 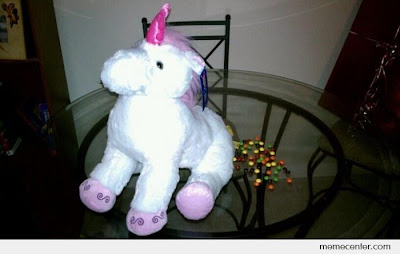 I liked this comment below the article by GracieZG:

I think this is a satire. Or perhaps the writer is stuck on April Fools Day. Or he's been in a coma for quite a while. Or he's being paid to say this. Or his editor has threatened him. Or he wants to be the editor so he's sucking up. Or he's a robot. Or.....oh, yeah.....he's a modern journalist. Well, there you go. I think that's the problem. No connection between the gray matter and the fingertips. No willingness to do original research. Very, very busy doing other things. Dogmatically right. Alienated from over half the population because of deep-seated prejudice based on no face time with "the enemy," based on constant indoctrination by teachers with deep-seated prejudices based on dogmatic adherence to either Fabian socialism or communism. The "no scandals" thingee is so laughable. The way to have "no scandals," is to deny access to all documents lawfully requested, to keep the scandals buried as long as possible, such as has been done for many months now. Or just blatantly lie to Congress. Can you say, "Holder"? The scandals are a deep pit of nasty murky slime that unfortunately can be smelled way beyond our borders by all but those who keep fingers in their ears, clothes pins on their noses, and eyes wide shut. 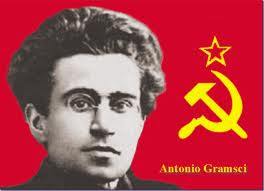 "Hey, don't insult me by naming your unicorn after me, you bourgeois loon."
Posted by Dutchman6 at 8:38 PM

There are 'no' scandals because a lapdog media won't report on them much less do any muck-raking on its own.