In the story below entitled "What a day. Eric Holder promoted to Field Marshal and ordered to hold Stalingrad at all costs." we made a grievous error in the illustration. We originally posted this untitled image: 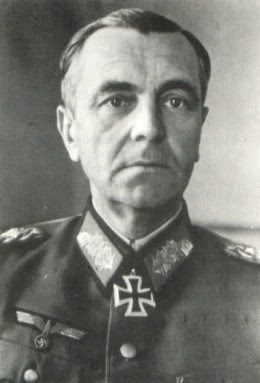 This is an image of Wehrmacht Field Marshal Friedrich von Paulus, assigned by Adolf Hitler to defend Stalingrad to the last man. We posted this in error. This was the image that was supposed to have been posted: 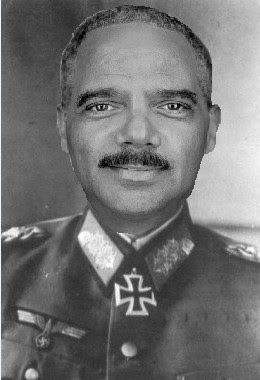 This is Attorney General Field Marshal Eric Holder, assigned by Barack Obama to defend the DOJ kessel of the Gunwalker Plot Cover-up to the last man.

The incorrect image has now been replaced by the correct image in the original story. We regret the error and the persons responsible have been sacked.
Posted by Dutchman6 at 9:27 AM

Moose bites can be nasti...

I smell a Python in the woodpile...

"Guderian described him as ‘brilliantly clever, conscientious, hard working, original and talented’ but already had doubts about his decisiveness, toughness and lack of command experience." -- Wikipedia

"I have no intention of shooting myself for this Bohemian private". -- von Paulus

The comparison of two leaders Hitler and Obama, more than willing to throw their subordinates under the bus when it becomes expedient hits the mark. But any further comparison of Holder to von Paulus, who as far as we know was a dedicated, concientious and honorable German Army field commander, does von Paulus a disservice.

Did 'herr holder' ever serve in any branch of the military (of any country)? If not - how dare he wear any military decoration.......

Of course he may just be the first field marshall of the civilian defense force that barry keeps saying he wants.

Liberals NEVER serve in the military! They have a YELLOW streak ,down their backs! I am a former Marine, Vietnam , infantry, veteran {Khe Sahn Hill Fights ,881, 1967}. We can spot a coward and they are usually progressives/liberals/communists, like we have running our government today! Semper Fi and God Bless America

@Anonymous: "But any further comparison of Holder to von Paulus, who as far as we know was a dedicated, concientious and honorable German Army field commander, does von Paulus a disservice."

Paulus could have escaped encirclement at Stalingrad, but dithered. He subsequently surrendered with 90,000 of his soldiers. He spent captivity in relative comfort. 85,000 of his soldiers died in captivity. There aren't many commanders anywhere who ever oversaw such wholesale slaughter of their commands. "Dedicated, concientious, and honorable" are not fitting words to describe him.

'"Dedicated, concientious, and honorable" are not fitting words to describe him.'

The quote was from one of his superior officers, Gen. Heinz Guderian, who is regarded by many as the father of the panzer division, the concept of "blitzkrieg" and one of the most effective armored commanders of WWII. I'm not in a position to second guess Guderian's assesment of one of his subordinate officers.

You are a very sick person. I hope you get treatment.