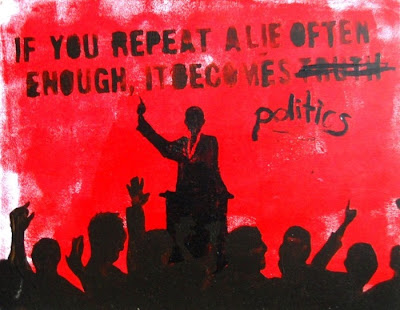 "If every Jewish and anti-nazi family in Germany had owned a Mauser rifle and twenty rounds of ammunition AND THE WILL TO USE IT, Adolf Hitler would be a little-known footnote to the history of the Weimar Republic." -- Aaron Zelman, Jews for the Preservation of Firearms Ownership, 1994.

Timed to coincide with the Gunwalker Prequel hearing, three Holocaust causation deniers, Senators Feinstein, Schumer and Whitehouse, yesterday released a "report" titled "Halting U.S. Firearms Trafficking to Mexico." An expose of the Gunwalker scandal? Hardly. It is not even mentioned. No, these collectivist clowns want more restrictions on honest U.S. firearm owners. And they got a lot of megaphone action from Pharaoh's scribes in the state-run media:

The Associated Press: Report: 70 pct of arms seized in Mexico from US

Even the BBC: Congressional report: US guns fuel Mexico violence

Robert Farago, properly apoplectic at the "repeat the lie louder" strategy, characterized this as a "Pre-Emptive Strike on ATF Gunwalker Hearings."

Do we really have to do this again? Really? Is there anyone out there who doesn’t know that the Mexican-sourced ATF trace data only represents guns submitted to the ATF trace, NOT THE ENTIRE POPULATION OF SEIZED GUNS? In case you missed it, the ATF traced a large number of these guns at least twice. And the average age of the guns traced was more than ten years. Just look at the broken ass guns above.

And know this, again, still: the weapon of choice for the Mexican drug cartels are brand-spanking new fully automatic AK-47s and Bushmaster AR-15s. You cannot buy a fully automatic rifle in an American gun store. By the same token, you won’t find grenades and grenade launchers at Bob’s gun store or the Houston Gun Show.

Oh, and the ATF is directly responsible for allowing THOUSANDS of American guns walk into Mexico. But don’t worry, because Project Gunrunner and Operation Fast and Furious were a success! Again, no excremental tom-foolery.

Since it began in 2006, Project Gunrunner has had notable success. The ATF has seized in excess of 10,000 firearms and 1.1 million rounds of ammunition destined for the Southwest border. It has also conducted 11,745 firearms licensee compliance inspections. As a result of Project Gunrunner investigations, 809 defendants are serving an average of 104 months in prison and an additional 260 are under court supervision.

I swear I’m going to hurl. The fact that the ATF inspected gun stores makes their interdiction efforts a success? Do they count the gun stores that they told to allow, nay encouraged illegal purchases, knowing the weapons were headed to Mexico? Is conflating defendants with convictions to misdirect the public from investigating a program that armed people who shot an American Border Patrol Agent even legal?

I haven't read a lot of Congressional reports. But this . . . this . . . this is the most cynical and crass borderline EVIL propaganda effort these 51-year-old eyes have ever scanned. These politicians’ efforts to shore-up the ATF make me ashamed to be Jewish and ashamed to be a Rhode Islander (Sheldon).

Well not quite. As the son of a Holocaust survivor who grew up in the first state to declare its independence from England, I realize that the lies of those who defend my enemies cannot withstand the zeal of those who value the truth. With a bit of luck, the Congressional investigation will be a reckoning day for the ATF, and those who support it.

From his mouth to God's ears. 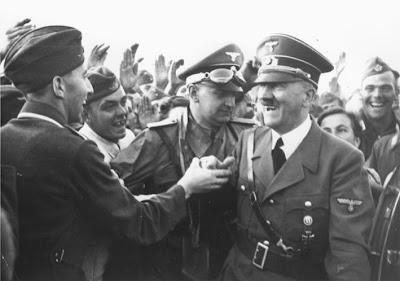 "Ja! Ja! I'm not making this up. Jews for gun confiscation! How funny is that?"
Posted by Dutchman6 at 5:45 AM

In October 2010, the ATF said many guns used by Mexican cartels are bought in the United States, with Arizona and Texas being major sources, but it no longer releases estimates of how many because the numbers have become too politicized.

"It doesn't matter if 20 percent are coming from the U.S. or 80 percent," Melson said. "We know a lot of guns are going to Mexico and it's a problem."

Too politicized? Right. Unless your name is Senator Feinstein, Schumer and Whitehouse....., then it's ok to release more false statistics!

Did you see this bit of brilliance from Chuckie?

We need to redouble our efforts to keep violent firearms out of the hands of these traffickers.

See? It's the firearms that are "violent," not the lowlifes who pull the triggers.

They dont want more restrictions, they want us disarmed and they can go to hell.

I am very close to my 78th birthday and, thus, have had time to draw a few conclusions.Yhe most frightening of these is that the Feinsteins and Shumers of the World will turn their backs on the terrible truth of their heritage in their insane desire to be the masters of the rest of us.
This non-jewish fellow is saddened by the picture of these Jews turning their backs on an important part and horrible lesson of their cultural heritage.

I can picture sen. Schumer in an SS uniform!