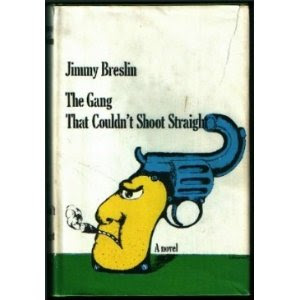 Scandal: Rather than a botched attempt to catch criminals, was the ATF program actually an attempt to advance gun-control efforts by an administration that has blamed Mexican violence on easy access to U.S. weapons?

If "Operation Fast and Furious" was merely a botched attempt at law enforcement, why was a supervisor of the operation, David Voth, "jovial, if not, not giddy but just delighted about" marked guns showing up at crime scenes in Mexico, as career Bureau of Alcohol, Tobacco, Firearms and Explosives agent John Dodson told Rep. Darrell Issa's House Oversight Committee?

Perhaps because all was going as planned until it was learned that two of the AK-47s recovered at the scene of the fatal shooting of Border Patrol agent Brian Terry in December were bought in ATF's Operation Fast and Furious. That wasn't supposed to happen.

"Allowing loads of weapons that we knew to be destined for criminals — this was the plan," Dodson testified to the panel. "It was so mandated."

ATF agent Olindo James Casa said that "on several occasions I personally requested to interdict or seize firearms, but I was always ordered to stand down and not to seize the firearms."

Yet, as we've noted, gun-tracking operations stopped at the border. That seems odd if the purpose was to catch gun traffickers and their drug-lord bosses. It makes sense, however, if the real purpose was to perpetuate, in the interests of pursuing the administration's gun-control agenda, what Bob Owens of Pajamas Media calls the "90% lie."

Unwilling to guarantee a secure southern border, and as part of a campaign to reinstate an expired assault weapons ban, the administration has charged that much of Mexico's gun violence is our fault. Both governments have pushed the myth that 90% of weapons confiscated by Mexican authorities originate in the U.S.

Weapons that originated in foreign countries are not sent to the U.S. for tracing. Neither are weapons of Mexican army deserters or those stolen from armories.

The Mexicans use the argument that the cartels and related violence are America's fault due to the demand here for illegal drugs...we can't blame them for supplying the drugs since Americans want and will pay for them. So why is their demand for illegal guns not their own problem? I mean, if the Mexican government would just do something about their citizens' demand for illegal guns, we wouldn't have a problem, would we? Perhaps they should build a fence to keep the illegal guns out of their country.