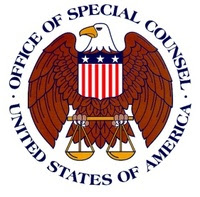 Only a special prosecutor can peer into the dark places of government to ferret out the truth.

“Gunwalker” never should have happened.

We’ve spent the better part of a week here at Pajamas Media documenting the damning evidence of a reckless government that has conspired to allow gun runners to smuggle an estimated 2,000 weapons across the Mexican border to violent drug cartels.

During that time, we’ve discovered that the president and Democratic lawmakers have lied, and continue to lie, about the role of American guns and American small businessmen in arming drug cartels south of the border. We’ve watched as they’ve lied, and continue to lie, blaming gun shops for the carnage that has resulted from the depravity of Mexican narco-terrorists.

We’ve watched as ATF special agents and supervisors testified in front of Congress, angry and ashamed, about how the multi-agency task force they were a part of was responsible for arming the cartel gunmen that have killed scores of law enforcement officers and civilians in two countries.

This scandal must come to an end not with graceful and fault-free resignations, but with deliberate and careful prosecutions of those responsible.

There were four federal agencies involved in Gunwalker, including the Bureau of Alcohol, Tobacco, Firearms, and Explosives (ATF), the Department of Justice (DOJ), the Department of Homeland Security (DHS), and the Internal Revenue Service (IRS). Each of these agencies deserves dishonor and a thorough post-mortem review from their own respective inspectors general. But that is simply a start towards righting an unconscionable wrong.

Operation Fast and Furious was kept a secret not only from the American public, but from Mexican authorities, who bore the brunt of the casualties from the 2,000 weapons smuggled into cartel hands.

Yet the operation was so high-profile inside the executive branch that the acting director of one of the agencies, Kenneth Melson (ATF), watched raw covert surveillance of strawmen purchases himself, as revealed by the House Committee on Oversight and Government Reform last week.

This was not a normal operation.

Only one other investigative body has the legislative mandate and independence to investigate this scandal.

The Office of Special Counsel is an independent federal investigative and prosecutorial agency that has the power to compel federal law enforcement agencies, their leaders, and even the White House to testify, and it can indeed bring them up on criminal charges if the charges are so warranted after an investigation. The credibility of our government depends upon the American people being able to trust our elected officials, appointed leaders, and sworn officers of the law.

Allegations being raised that executive branch agencies had such callous disregard for legal precedent and human life demand nothing less than the full attention of a special prosecutor, a process that an innocent executive branch would welcome to clear its name.

My big fear with a special prosecuter is that the story will become about them rather than the wrongdoing.

Just as Clinton's was swept away by media focus on Ken Starr.

Not surprising considering the source(s). Obama and his critters have raised narcissism to a new notch on the mental disorder scale. I think these people seriously believed they could do no wrong and really were the closest thing to the Second Coming the human race has seen to date.

Here's a potential solution to that: Special prosecutors of each government agency (DOJ, DHS, State) to investigate potential wrongdoing in each of them. Overwhelm the media with multiple fronts. Journalists today are so friggin' lazy (with the exception of new media folks like the Dutchman), they won't be able to maintain focus on anything because their masters will be discombobulated.

You have to be willing to do something about the problems and they aren't, or people would be going to federal prison for more than 6 months at a time.

It's about perception and then there's the reality that these people were set in motion by our elected representatives, who really want them to do what they are doing, or they would change it.

"The credibility of our government depends upon the American people being able to trust our elected officials, appointed leaders, and sworn officers of the law."

What "credibility?" What "trust?"

There never has been any merited, and never will be.

Those who wish to trust "elected officials, appointed leaders, and sworn officers of the law" are welcome to do so. I don't, and never will.