Unholy Alliance: Whitey Bulger finally captured after years on the run from an FBI that didn't want to catch him. 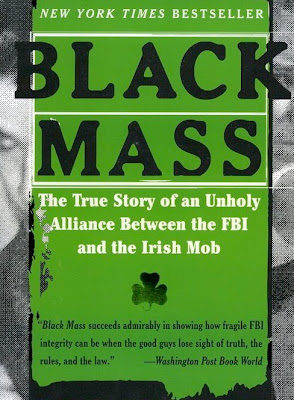 Black Mass is required reading for anyone who wants to know how the FBI really works. Now we have the startling news that Whitey Bulger has been captured after being on the run since 1994, when an FBI agent warned the Boston mobster (and FBI informant) that he was about to be arrested.

Maybe Whitey knows who killed Brian Terry.
Posted by Dutchman6 at 7:32 AM

At least Connolly has been keeping Bulger's seat warm at Club Feb since 2002. Too bad it took them over 7 years to indict and convict Connolly.

guaranteed, with whitey's advanced age and the fact he will never again see the outside world if convicted, he will be telling tales that a lot of fibbies don't want told.

Funny story: I live in Soviet Monica. I've got a friend here who is originally from South Boston and knew Bulger a little "from the old neighborhood." Several weeks ago, he told me that he'd seen someone who looked like Bulger in a local restaurant. We both had a nice little laugh over it - Sure, Whitey Bulger hiding out in our neighborhood. Joke's on us, I guess.

For BrianF:
Only if he survives long enough to tell them. Or just who do YOU think has him in their custody? Sheriff Joe Arpaio?

Maybe he and Melson need to compare notes. And names.