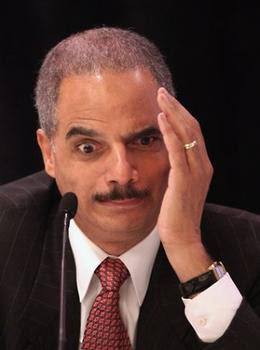 Issa continues to play three-dimensional chess with the Gunwalker conspirators.

According to Mr. Issa's letter, Horowitz already sent a draft of the eagerly awaited for Fast and Furious report to the Bureau of Alcohol, Tobacco, Firearms, and Explosives (ATF) as well as Attorney General Eric Holder and the Office of the Deputy Attorney General on August 21. Issa points out:

"Under normal circumstances, the Department has two weeks to complete this review, which would make its response due by September 4, 2012. It would be regrettable if senior Department officials applied political pressure on you to delay publication of this report. Given the considerable public interest in this case and the Attorney General's own purported interest in learning the recommendations set forth in your report in order to make important management changes, it is incumbent upon you to release this report as soon as practicable."

We have been told through our sources for some time to be ready for a "September Surprise." The idea was to get the OIG report on the record and then, if it was a whitewash, to blow it out of the water with additional documents and witnesses already in the hands of the Issa committee.
Posted by Dutchman6 at 9:42 PM