More ATF CCO Chicanery: "The very pack of attack dog lawyers who are directly responsible for many of our current corruption and ethics problems." 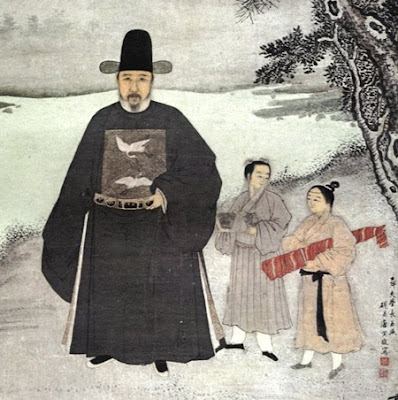 Portrait of a Chinese Mandarin.

man·da·rin (mnd-rn)
n.
1. A member of any of the nine ranks of high public officials in the Chinese Empire.
2. A high government official or bureaucrat.
3. A member of an elite group, especially a person having influence or high status in intellectual or cultural circles.

Well, OK, if we're talking about the current ATF Mandarins, I'm not sure how big a swath they cut through "intellectual and cultural circles," but they personify the "elite group" having "influence or high status."

I recently forwarded to the ATF Ombudsman (Marianne Kettels) an "open letter" that had been posted on this website. That letter offered suggestions about how ATF's senior management could genuinely close the currently enormous communications gap between them and our field personnel. I viewed the letter as direct, professional and constructive, and asked Ms. Kettels to forward it to Acting Director Ken Melson for review. After all, it was Melson who, in an bureau-wide posting, demanded that we "speak up". Furthermore, according to its stated charter, the Ombudsman office is a perfectly appropriate place to send such information.

However, Ms. Kettels forwarded the letter not to Director Melson as requested, but to the Chief Counsel's Office! That's right…constructive information sent in good faith to the Ombudsman was immediately provided to, and only to, the very pack of attack dog lawyers who are directly responsible for many of our current corruption and ethics problems. Kettels could have simply responded that she could not forward the information to the Director (for whatever strange reason), or have offered suggestions or alternatives. But no…she sent it to the Bureau's professional Hit Team, so they could swing into action and do what they do best (cover senior management ass by any means and at any cost).

I received this link forwarded by CPT Jonathan Tuttle with this comment:

This is what happened to one agent who tried to go through the ATF Ombudsman to pass constructive suggestions to top ATF management. Documents attached, also posted at the below, along with SA Cefalu's take on the gobsmack.

I have taken the time to post the attached pdf documents so that the whole world can see them, here and here.

"Attack dogs" is a perfectly apt description of the professional liars of the ATF Chief Counsel's Office. Their leashes are held by the anti-gun politicians of the Congress who feed them in return for enforcing their agenda and NOT, rest assured, by AD Melson or even AG Eric Holder. It is evident that neither of these people holds any sway over the Mandarin lawyers. 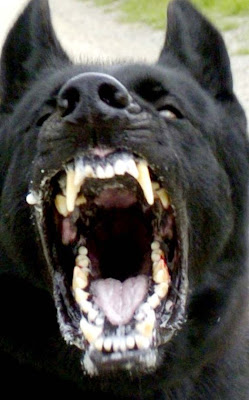 OK, I'm sorry, that's an insult to HONEST attack dogs everywhere.
Posted by Dutchman6 at 9:51 AM

I view all of these "troubles" within the Bat Fays to be overall positives.

The agency itself is an unConstitutional entity and as such, any turmoil within it is a good thing.

We should wish for more; deeper, wider, higher.

It's fun to see just how long the reeking pile of garbage that is the BATFAE, and that's from top to bottom, bottom to top, can remain uncleansed from existence.

The ATF will never be disbanded or cleanup by Congress. Once Unconstitutional power has been usurped by Congress, they will never relinquish that power.

Oh, now, Happy D...... blaspheme will get you no where. I love chicken, billions of folk love chicken, so why are you trying to condition them to barf now when they think of it? Even that insignificant scribbler who wrote the article apologized to all the honest dogs out there for impugning their honor. Without a similar caveat you are running a serious risk of being tagged a troll, a disseminator of scurrilous wrongful information. Repent now and admit the error of your ways and salvation can be yours - otherwise the KFC brigade is going to contemplate engaging in some serious whomp-ass on you.

Words To Live By: The only good chicken is a dead chicken, and the best chicken is fried chicken.

Given ATF's apparent...condition, it's a wonder the field agents haven't just started "covertly" offing the lawyers who seem to delight in making their lives miserable.

If Obama gets frisky, is he even going to be able to depend on ATF to do his bidding, or will he go straight to foreign-born mercenaries?

The first thing that came to my mind when I saw those snarling fangs is that my shotgun would fit nicely shoved in that mouth.

One does not have to agree with his politics to understand that Mao was correct in his assessment that power does come from the barrel of a gun.