In truth, the Founders would be mystified, and not a little outraged, at what their descendants have embraced. 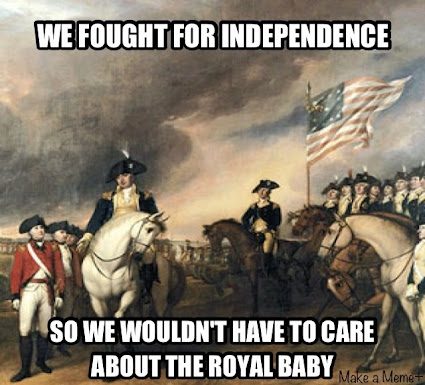 @#!% them and their precious little dick/w feet!


"To have no proud monarch driving over me with his gilt coaches nor his host of excise- men and tax-gatherers insulting me; but to be my own master, my own prince and sovereign, gloriously preserving my national dignity, and pursuing my true happiness; planting my vineyards, and eating their luscious fruits; and sowing my fields, and reaping the golden grain; and seeing millions of brothers all around me, equally free and happy as myself. This sir, is what I long for." ---------------
General FRANCIS MARION,
American War of Independence,
Georgetown South Carolina [Source: Marion, The Life of General Francis Marion - by M.L. Weems, chapter 18]

"I never could believe that Providence
had sent a few men into the world,
ready booted and spurred to ride, and
millions ready saddled and bridled to be ridden."
-- Richard Rumbold
(?-1685) British Colonel
His final words on the scaffold before he was hanged in 1685. Source: Douglass ADAIR, Rumbold's Dying Speech, 1685, and Jefferson's Last Words on Democracy, 1826 [Notes and Documents], in: William and Mary Quarterly, 3rd Series, 9, 1952, p. 521

“The general spread of the light of science has already laid open to every view the palpable truth that the mass of mankind has not been born with saddles on their backs,
nor a favored few booted and spurred, ready to ride them legitimately, by the grace of God.”
------ THOMAS JEFFERSON --------