Sipsey Street Exclusive: "ATF’s Tom Brandon Named ticklethewire.com’s Fed of the Year." Let me tell you something about this much ballyhooed schmuck.

Fed of the Year? He sure is, but not in the way that he is being portrayed in this article. 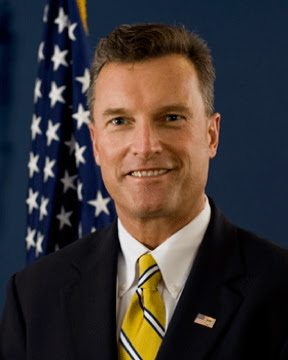 From Tickle the Wire:

Thomas E. Brandon, the straight-shooting, well respected and extremely able veteran of ATF, who was sent around the country this year to try and mend some of the agencies pressing problems, has been named ticklethewire.com’s Fed Of The Year for 2011.

Brandon, an ex-Marine who is currently ATF’s number two person in Washington, started the year off as special agent in charge of ATF’s Detroit office, where he was very well respected.

In the spring, after the agency started coming under Congressional fire for Operation Fast and Furious, Brandon was sent off to Phoenix to head up that office and try and improve morale and straighten out matters. . .

In late August, acting director Ken Melson stepped down. In October, as part of a major shakeup at the agency, Brandon was summoned from Phoenix to become the number two guy in Washington.

Much respected? Yes. Even the guys at CleanUpATF.org welcomed him. "A straight shooter"? Well, you be the judge. Sources tell Sipsey Street that right after he was transferred to Phoenix, Brandon screwed up. That is, he took his charge to clean up Phoenix seriously. In the process, he began to follow the leads that the dissident agents of Phoenix Group VII had followed before being pulled off the surveillances of the straw buyers which were leading to the smugglers and money men.

In short order, Brandon was told to back off, say our sources. He continued to push -- until he was summoned to a meeting with the FBI and DOJ higher ups and given the "national security" warning. The FBI paid informant that the ATF agents had unknowingly identified was a "piece of slime, but a protected piece of slime," according to one source. Brandon was ordered to back off and he very meekly did.

My sources say that the Issa Committee could very profitably interview this "stand up guy" for information on who warned him to stay away from the protected FBI paid informant.

So, is he "Fed of the Year"? Oh, yeah, I'll go along with that. Brandon is everything craven and cowardly that we have come to expect in the senior executives of the ATF and FBI.

Tickle the wire of an electric fence by pissing on it is all he is capable of doing. Just another flunkie trying to do a half-assed cover-up.

Well, any time a man consents to be referred to as an EX-Marine, you can bet taht he left his balls back at Parris Island. Cause a leaterneck will get in your face right fast to advise that there ain't no such animal as an Ex=-Marine, unless it is someone who was drummed out of the Corps for malfeasance or dereliction, proving that he wasn't Marine material from the get.

Ex-marine?
Wonder what his rank was. He does'nt look like any Sgt. I've ever met.
It seems today that as rank increases, credibilty deminishes.

I remember after the second Iraq war started and Jordan Eason said that CNN had always known that hundreds of thousands were murdered and tortured. Even their own people were beaten and killed. When asked why he didn't "run a story about that news" he said that it was important to keep his "news bureau" open in Baghdad to "report the news" from Iraq.
(Later, he resigned after claiming that Americans were intentionally targeting Journalists for assassination.)
To this day he does not understand what is wrong. Some people have absolutely no inner moral compass; They take sides, switch sides and pretend to be above it all hoping against all hope that they will never have to account for themselves.