Quote of the Month: "The Ditch Carp of Democracy."

P.J. O'Rourke delivered a lecture to the Centre for Independent Studies in Sydney, Australia and this is an extract:

America has wound up with a charming leftist as a president. And this scares me. This scares me not because I hate leftists. I don't. I have many charming leftist friends. They're lovely people - as long as they keep their nose out of things they don't understand. Such as making a living.

When charming leftists stick their nose into things they don't understand they become ratchet-jawed purveyors of monkey-doodle and baked wind. They are piddlers upon merit, beggars at the door of accomplishment, thieves of livelihood, envy coddling tax lice applauding themselves for giving away other people's money. They are the lap dogs of the poly sci-class, returning to the vomit of collectivism. They are pig herders tending that sow-who-eats-her-young, the welfare state. They are muck-dwelling bottom-feeders growing fat on the worries and disappointments of the electorate. They are the ditch carp of democracy. 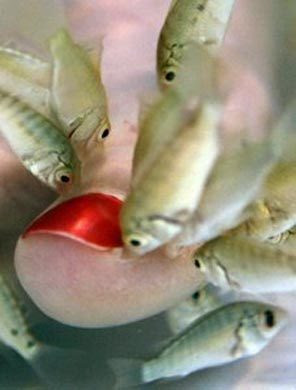 Young carp nibble at your toes. P.J. sure nailed the metaphor, didn't he?

Now THAT's great writing.
I'm glad he didn't say simply "Democrats." Leftists can be found following the smallest trickle of money, even the kids' lemonade stand on the corner.

P.J. Was borderline SDS/traitor in his college days too. Hung out with Weathermen and printed up pamphlets he laughs at now. He reformed his politics same as Mike, in my esteem, and sure knows how to twist words and knives as well as anybody.

Went to college Miami, Ohio...maybe Ohio reforms their collectivist students better or more publicly than some other states?

Mencken, thou shouldst be living at this day!