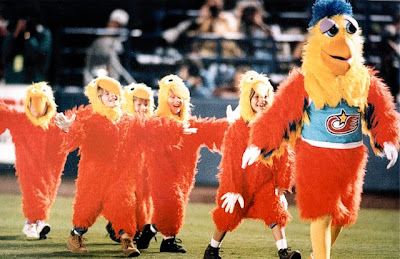 Apparently Obama hasn't heard about the Oath to the Constitution. Oh, wait, maybe he has and he just doesn't trust that Naval Academy cadets think he's on the right side of that Oath.

Graduating midshipmen of the U.S. Naval Academy in Annapolis are being told in writing to leave at home or in their vehicles all "ceremonial swords" and anything else "that might be considered a weapon or a threat by screeners" for Friday's outdoor commencement ceremonies featuring an address by President Barack Obama.

Inside the Beltway has obtained the academy's list of prohibited items for this year's graduation exercises, which, besides ceremonial swords, includes umbrellas.

Bill Mullins says:
No surprises here. The C(oward)inC clearly does not trust Naval officers (even nascent ones) to be armed in his presence. Guess he's afraid of (among MANY other things) being assasinated by one of the officers he expects to blithly order to do his dirty work.

So no big surprise for me.

How freakin' pathetic is it when
(a) a Kenyan pretender to the presidency is so distrustful of the military, and
(b) the pretender and his handlers know that he is so despised by all of their 'subjects'
that they have to disarm these men at what SHOULD be a glorious hour of their lives? How pathetic!!!

Of course, the scuttlebutt is, Obongo did not leave them totally unequipped. He is having silver plated dildoes sent to each man to wear in the sash so that they can honor him with an arch of weenies.
Limp ones, of course.

Every day that moron and his sub-moron staff seem to intentionally do more and more to drive the People toward "that point."
God help them all when the People get there!

This is just flat-out DISGUSTING!
Just because our Dear Leader is a pussy doesn't mean he has to disrespect the Naval Academy graduates.

yeah, but look at all the money we will save on his medical exams. The only medical professional needed for his tenure is a gynecologist.

appropriately the word verification is "ringshe"

Good news: He heard them take an oath to the Constitution, and the part about "enemies, foreign AND domestic".

Observations: He was supposed to be a great speaker. But he made serious people chuckle out loud repeatedly in disbelief when his words revealed naive misunderstandings throughout the speech. History stands in contradiction to his statements, and several points he attempted to make. Plebes erupted in laughter as a group on two occaissions, when outrageous statements were made. Even they already know enough history to see through him.

Summary: Over 1,000 new "butter bars" trained in history, the constitution, and traditional american values; sent out into the world on a truly magnificent day.

Well yes, it is something to see this pretender standing in front of real men. with or without weapons, these men should never be subjected to listen to this collectivist lie to their faces

It seems TOTUS doesn’t trust active duty military nor graduates of service academies with ceremonial swords! That same level of distrust surely effects his every interaction with real men. How can he trust them on the battlefield? With a bomber? With a warship? With a battalion? The term ‘responsibility’ must have been completely lacking in his upbringing.

OR, maybe, that’s not the issue. Maybe it goes deeper. Maybe those swords remind all muslims of how America became a power to be reckoned with by maturing over 30 years of terror, from Washington through Madison, to develop an effective Navy and Marine Corps that wiped out the muslim terrorists/pirates of the day. They have been terrorizing the world since the 7th century. Those Navy and Marine Corps ceremonial swords are powerful symbols of America resolve in dealing with terrorists, and symbols of a historic crushing muslim defeat. Maybe that’s he reason the swords were not welcome….