More along the line of Gangster Government making one too many enemies: Furor grows over partisan car dealer closings 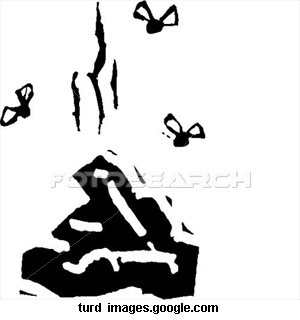 Evidence appears to be mounting that the Obama administration has systematically targeted for closing Chrysler dealers who contributed to Repubicans. What started earlier this week as mainly a rumbling on the Right side of the Blogosphere has gathered some steam today with revelations that among the dealers being shut down are a GOP congressman and closing of competitors to a dealership chain partly owned by former Clinton White House chief of staff Mack McLarty.

The basic issue raised here is this: How do we account for the fact millions of dollars were contributed to GOP candidates by Chrysler who are being closed by the government, but only one has been found so far that is being closed that contributed to the Obama campaign in 2008?

Florida Rep. Vern Buchanan learned from a House colleague that his Venice, Florida, dealership is on the hit list. Buchanan also has a Nissan franchise paired with the Chrysler facility in Venice.

"It's an outrage. It's not about me. I'm going to be fine," said Buchanan, the dealership's majority owner. "You're talking over 100,000 jobs. We're supposed to be in the business of creating jobs, not killing jobs," Buchanan told News 10, a local Florida television station.

Buchanan, who succeeded former Rep. Katharine Harris in 2006, reportedly learned of his dealership's termination from Rep.Candace Miller, R-MI. Buchanan owns a total of 23 dealerships in Florida and North Carolina.

Also fueling the controversy is the fact the RLJ-McCarty-Landers chain of Arkansas and Missouri dealerships aren't being closed, but many of their local competitors are being eliminated. Go here for a detailed look at this situation. McClarty is the former Clinton senior aide. The "J" is Robert Johnson, founder of the Black Entertainment Television, a heavy Democratic contributor.

A lawyer representing a group of Chrysler dealers who are on the hit list deposed senior Chrysler executives and later told Reuters that he believes the closings have been forced on the company by the White House.

"It became clear to us that Chrysler does not see the wisdom of terminating 25 percent of its dealers. It really wasn't Chrysler's decision. They are under enormous pressure from the President's automotive task force," said attorney Leonard Bellavia.

RedState.com's Josh Painter has a useful roundup of what has been found so far by a growing number of bloggers digging into what could be a very big story indeed. Also, see my column on this issue and how it fits into the larger context dubbed by the Examiner's Michael Barone as "gangster government."

As part of Chrysler's bankruptcy agreement with the White House, the company plans to close roughly a quarter of its 3,200 dealerships. Lists of the dealerships being cut and those retaining their Chrysler franchises can be found here in pdf format.

Many dealers contend the criteria being used to determine which dealerships survive is not clear and that many of those that are being closed in fact are profitable businesses, despite the current recession.
Posted by Dutchman6 at 10:21 AM

The Tyrants continue to Rape and Pillage The People.

Something's got to Give or Break soon.....

Ahem. I did notice that on the evening news, the only dealership president of five interviewed who did NOT get a letter that their franchise was canceled was African-American.
What an impatient Confiscator-in-Chief we have. Taxing the opposition out of existence takes too long.

Although I am not that wise in the field of economics,

I can assure everyone, that once a state, any state abolishes capitalism and installs a control economy, it is usually not a good sign at all. Individual liberties are usually next to the main course of the collectivist's dinner dish. As a matter of fact, it is one of the dishes on the main course.

I can't help but recall the quote from Napoleon: "Never interrupt your enemy when he is making a mistake."

every day, the sleeping bear gets poked harder and harder...

no one really wants to wake this bear, and i know for sure that the people doing to poking have no idea just how dangerous the bear really is... but they poke away even still...

I think it will take a "cratering event" to wake the bulk of the people from their torpor. This economy will have to hit bottom -- hard -- before some folks will pay attention.

Let's hope they can still afford to pay attention when it happens.