"The real systemic risk we face isn't from a financial seizure. That risk is mild in comparison to the risk of a widespread collapse in legitimacy." 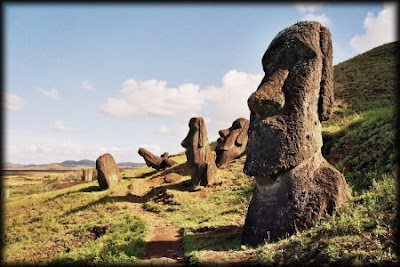 The Collapse of Legitimacy

I mentioned at the time I wrote this brief, that viral violence targeting the barons of global finance was likely incoming (but that it wasn't here yet). Here's a small addition to that trend line (that builds on the thousands of death threats that have been received). In the UK, vandals hit the home of the former CEO of the Royal Bank of Scotland, 'Sir' Fred Goodwin (he and his family have already fled the country). Windows on the ground floor of the home and his Mercedes S600 were smashed. E-mails from a group claiming the attacks said,

We are angry that rich people, like him, are paying themselves a huge amount of money, and living in luxury, while ordinary people are made unemployed, destitute and homeless. This is a crime. Bank bosses should be jailed. This is just the beginning.

This leads me to a broader topic. The real systemic risk we face isn't from a financial seizure. That risk is mild in comparison to the risk of a widespread collapse in legitimacy. Due to excesses (too many to name), legitimacy is rapidly draining from the global financial system and the networked groups that give it their primary loyalty (like Fred above). In recognition of this, nation-states should hold this system at arms length to limit damage to their own legitimacy.

Given the constraints on resources faced by nation-states, a plan that would bulk up legitimacy would focus on reorganizing financial institutions (not bailing them out) and repairing the balance sheets of individual citizens (the only group in the chart to the left that is still loyal to nation-states). That isn't happening and the damage incurred from this mistake will be significant.


NOTE: The other thing that the inset chart tells us is that this crisis is due to debt, overreach, and insolvency. Until the US collectively writes/pays off $20 trillion plus in excess debt, not much will change. Transferring debt from financial firms to the government (as in the Paulson/Geithner plan), only accelerates the decline of nation-states relative to an already dominant global financial/economic system.

As I've said here before. Those of us that have been preparing over the last few years in ammo & supplies are the new Rockafellars.

No amount of ink and paper will be as powerful OR legitimate as that,period!

"This is just the beginning."

it certainly is. the endarkenment.

They have cried to the rest of us, "Let them eat cake!"

Given that assumption of nobility, what choice do we have but to follow through and demand their heads?

If they want to be accepted as equals entitled to the same rights to life and privilege of freedom as everyone else, then they must sacrifice their assumption of nobility.

In this attack on the holdings of a Scottish bank executive I, for one, see the opening salvo in the coming civil war. You didn't think it would be restricted to the United States, did you?

I'm not sure that this robber baron or any others are legitimate targets until after the enablers are addressed. Hitler was just another street corner loudmouth until the "accomodaters" made him something more and endowed him with powers not legitimately posited in mortal man.

Street corner loudmouths will always find accomodaters as long as there is no penalty for being one.

I have no heartburn with making life and pleasure more problematic for these elitists, but the real danger lies in the actions of the people who accomodate their grabs for power and wealth at the expense of others. That the accomodaters make it legally unavoidable for the rest of us to aid in our own victimization is by far the more immediate danger.

Those who must be "accomodated" to rise, do so by bribery, kickback,and other nefarious schemes. Obviously, they are the problem, but only with the aid of the 'accomodaters'. Lose them and the cream will rise, rather than the dross.