Parasitic Predation and the Rule of Law. 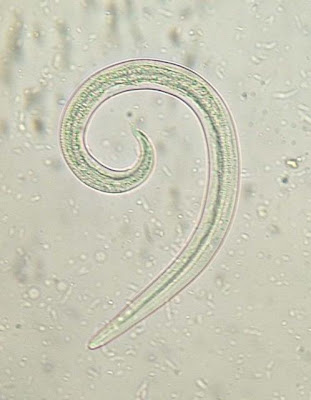 "The key dynamic underlying all of this -- the linchpin that allows it all to happen and, historically, the primary hallmark of a deeply broken nation -- is the total elimination of the rule of law for the ruling class, with a simultaneous intensification of the law as a weapon against the citizenry." -- Glenn Greenwald, Salon.


Go to Global Guerrillas here to read John Robb's post below and link to the cited references, including the Greenwald quote above.

Some Boydian logic -- a new construct for decision making -- to brighten your day.

Back in 1974, the long running connection between improvements in worker productivity and wage growth was severed. Median per capita wages for individuals have stagnated since then, replaced with measures of growth in house hold income (two workers instead of one) and growth derived from growing the labor pool (mostly illegal immigration). During this time, the money derived from productivity improvements over the last decades (which would have doubled the incomes of American workers under the post-WW2 to 1974 social contract), was shunted to capital markets under the ideological assumption (seen in Greenspan's thinking) that these markets would make better investments in future prosperity than individuals. That assumption has been proven false. The money was gambled away or spent on lavish increases in the lifestyles of oligarchs and their underlings.

However, it would be bad enough if it ended there, with the realization that two generations of American wealth was squandered by capital markets in a frenzy of excess. It won't. There is increasing evidence that this group of "oligarchs" has ideologically captured all forms of US governance in a situation similar to what we have seen in emerging markets. The situation in the US today, particularly to those that saw it first hand while at the IMF, is very similar to what they saw in past crises in Argentina and Russia (in their view, our situation is worse than Japan).

Here's a couple of posts that warrant further reading:

The Quiet Coup by Simon Johnson (the Atlantic)

Re-emerging as an Emerging Market by Desmond Lachman (Washington Post)

Comparing the US to Russia and Argentina by Glenn Greenwald (Salon)

This development has major implications for those of us that think about the future of warfare. The devolution of the US economic system into crony capitalism, replete with the parasitic predation of oligarchs, paints a picture of warfare punctuated by:

rampant crime, rapidly declining military/government budgets, rapid withdrawals from foreign adventures/development efforts (money for this dries up), corporate armies, deep urban decay, spot starvation/health crises, broad privatization of public goods (theft or fire-sale prices), widespread poverty, etc. To think that this won't and can't happen here, despite factual evidence to the contrary (trillions of $$ given away to bank/hedge funds/etc. without the slightest reform or accountability), is a failure of decision making due to doctrinal/ideological rigidity.

Within the type of environment depicted above, a move to the primary loyalties of manufactured tribes (gang, clan, sect, etc.) by a large segment of the population will be almost inevitable. Many of these new groups will both defend and advance their interests through violence.

Those of us (I'm sure I'm not the only one out there) who grew up reading Sci-Fi, are now seeing it become Sci-Fact.
As I read the news (with a 50 lb grain of salt) and conservative blogs, I am constantly reminded of the works of that Grand Master of the genre, Robert A Heinlein. In this case, one of his later books, "Friday", published in
1982, shortly before his death. The last section of chapter 23, starting with ". . .What are the marks of a sick culture?"
It's amazing how close that conversation written over 25 years ago matches to today.

QUOTE Those of us (I'm sure I'm not the only one out there) who grew up reading Sci-Fi, are now seeing it become Sci-Fact. QUOTE

Just look at "Fahrenheit 451", "1984", and "A Clockwork Orange". Many elements of the nightmarish from these masterpieces are already starting to manifest here. On Codrea's site yesterday there was an alarming news flash about new laws to broaden collectivist monitoring of the Internet. Seems like the beginning of "Fahrenheit". These things don't happen overnight, they happen gradually, one thing leads to the next. I am sure the book-burning in "Fahrenheit" was also the result of years and years of slow but steady collectivist usurpation.