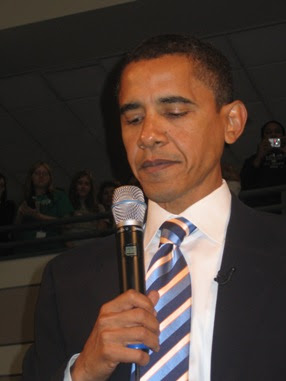 The Obamanoids just blinked! Here's two links provided me by Admiral Ahab, who claims credit for the NRA on this one. I rather think that since it was Gary Marbut of the Montana Shooting Sports Association who was on this like a duck on a june bug last week and also as it was his two senators who sent this letter to DLA,

that I'm going to give Gary the lion's share of the credit on this one.

If the Lairds of Fairfax did stir their stumps to actually do something on this, it will be the first time since Obama won the election. I guess we can give 'em credit for that. Of course all you Threepers and JPFOers who were pouring it on since last week didn't hurt either. Here is the JPFO announcement:

Exposing the GovCrims pays off

Great news! It appears the destruction of military once fired brass has ended with a reversal of DoD policy.

Who says complaining does not pay off? (Refer back to last alert).

I just received a phone call from the office of U.S. Senator Tester of Montana to inform me that at 5:15 (EST) today a letter cosigned by Senator Tester (D-MT) and Senator Baucus (D-MT) was faxed to the Department of Defense asking DoD to reverse its new policy requiring destruction of fired military cartridge brass. At 5:30, I am told, Tester's office received a fax back from DoD saying that the brass destruction policy IS reversed.

Others report to me that they are already seeing evidence of this on the Websites of entities that liquidate surplus DoD commodities.

Our thanks go out to Senator Tester and Senator Baucus, and their staff, for getting on this problem promptly and making the reversal happen.

Staff for Tester and Baucus promise they will get me the documentation for this reversal tomorrow morning. I'll forward that when I get it.

My thanks to the dweeze for first giving me a heads up on this, and thanks to Admiral Ahab for the NRA-ILA document links.

The kook in me can't help wondering if this was all a planned advance and retreat from the enemy to test our defenses.

Hard to believe that DoD would reverse a policy.

But....since it seems that they have, we had better stock up on all the brass that we can afford, before they have another change of heart.

I'll keep my flack jacket on and my chin strap fastened.

QUOTE The kook in me can't help wondering if this was all a planned advance and retreat from the enemy to test our defenses. QUOTE

Actually, that is EXACTLY what I was about to post! This tactic, in fact, IS an attempt to see how awake we gunnies are. Last year, there was a case in Tennessee where they put "Gun Registration" and "Sex Offender Registration" at the same booth in the county court. That was another attempt to see how we would react to such a subtle aggressive act. In the Tennessee case, gun owners reacted, they petitioned, and raised many angry voices in unison. As a result, the clowns who proposed the idea STFU and ran away, for now.

The brass destruction case is another "subtle" attempt to test how smart we are. After all, the whole thing does not resemble anything malicious to the layman. It is "just the the military doing theor thing". However, we did spot the malicious intent behind it, and reacted accordingly. Now they realize that we are awake, so they will probably settle for another period of propaganda and media-opium dispensing, to try and get the people addicted and asleep again. CONSTANT VIGILANCE, folks, CONSTANT VIGILANCE. Right now it is a big propaganda chess campaign being played by the elitists. The game is to see how many people take either side. Never let them fool you, ever.

Now if y'all excuse me, I am gonna go stock up on more brass.

The kook in me can't help wondering if this was all a planned advance and retreat from the enemy to test our defenses.

Not so kooky to me. I kinda wondered if this was a trial balloon going up.

So, if we're in agreement then that this was a calculated move.