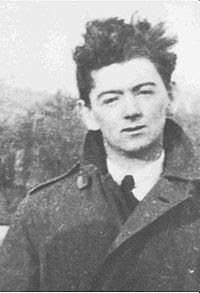 Tom Barry's recollection of the Irish War of Independence is required reading for all Threepers. I was reminded of the pivotal role of Barry and his Third (West) Cork Brigade's flying column when I stumbled across this video, "Barry's Column" while I was looking for something else today. The video is from The Wind That Shakes the Barley, the narration is Tom Barry's own late-in-life description of the Flying Column and the tune is from Wolfhound.

From East to West, from North to South,
They tried to hunt the column out
But the Tans were forced to go without
The boys of Barry's Column

In armoured cars they came to stay,
And wipe the Irish cowards away
But oh, the lovely holiday
Was stopped by Barry's Column

Oh but isn't great to see
The Tommies and the R.I.C
The Black And Tans and the Staters flee
Away from Barry's Column

By, George might have some wiley tricks
And have the volunteers to fix
Yet all his Black And Tans go sick
When they think of Barry's Column

His ships all come in red and black,
No tanks or war equipment lack
Yet o'er the sea, they'll ne'er get back
If caught by Barry's Column

Along the lonely road they wind
Armed in front, and armed behind
"We're sorry, but that bridge is mine"
Said the lads of Barry's Column

Oh but isn't it great to see,
The Staters and the R.I.C
The Tommies and the Tans all flee
Away from Barry's Column 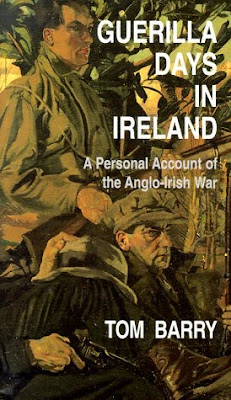 "Up the long ladder and
Down the short rope!
To hell with King Billy, And God bless the Pope!

If that wouldn't do,
We'll tear him in two, Ad send him to Hell in his red, white and blue!"

Interesting clip.
It appears that they (the Irishmen) were using Lee-Enfield Rifles, chambered in .303British. It is a heck of a round and those rifles were spread far and wide around the globe (From the days when "the sun never sets on the British Empire").

It is my understanding that the Brits became proficient at using the ring finger as trigger finger. It was apparently much faster to operate the bolt and shoot with the ring finger. Something to consider for bolt gun shooters. Takes quite a bit of practice though.

There are many lessons to be learned from the story of these people's struggles. Thanks for the reminder, Mike.

They fought against the Brits, bombed women and children, and yet completely LAID DOWN when the Banks took over their soverignty.punks.......

Big Al you're an ignorant moron. The IRA were heroes defending themselves against the Brits. The FREESTATERS sold Ireland out a long time ago. No Irish Need Apply? You're a racist too...nice.