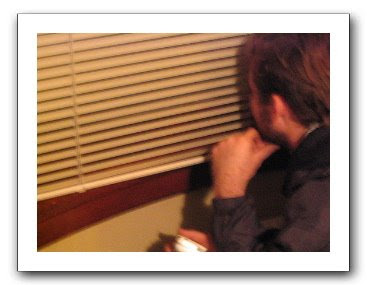 A good friend of mine, a retired LTC of Marines, responded to my complaint about wasted tax dollars with an observation that the agents must know the silliness of keeping close tabs on me. I responded:

They do, but they can't help themselves. Somewhere, deep down in their psyches, they're peeping toms whacking off outside the window.

Years ago at Camp Jejune, a Marine MP suspected his wife was screwing one of his buddies, so while on the night shift drove close to his quarters, parked and went to his house. Stood on a garbage can, peeped in the bedroom window, and there was his wife and his buddy going at it, but good. The on-duty MP got aroused, and started loping his mule to the extent that he fell off the garbage can, creating quite the racket & causing neighbors to turn on lights and come running to see what the hell was going on... there he stood, trying to get his mule back in the stable as someone's flashlight exposed this activity, and the buddy poked his head out of the window, joined by the wife...

Rumor has it that the Marine on the garbage can later had a very successful career in the ATF, and the Marine shagging his buddy's wife became a high-level career attorney with the DOJ, including time as a very successful US Attorney in Boston during Whitey Bulger's era...

He retired and became a defense attorney for pedophiles... 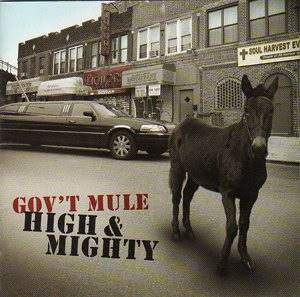 Never knew what that meant until today.
Posted by Dutchman6 at 9:14 AM

He's knowns how it's spelled. He's retired LTC of Marines, after all. It is a play on words on his part.