Anniversary: The Birth of the United States Marine Corps 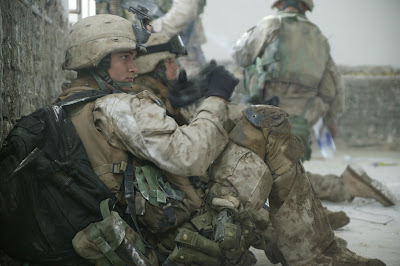 Nov. 10, 1775 -- Continental Congress establishes Marine Corps On 10 November 1775, the Continental Congress meeting in Philadelphia passed a resolution stating that "two Battalions of Marines be raised" for service as landing forces with the fleet. This resolution, sponsored by John Adams, established the Continental Marines and marked the birth date of the United States Marine Corps. Serving on land and at sea, these first Marines distinguished themselves in a number of important operations, including their first amphibious raid into the Bahamas in March 1776, under the command of Captain (later Major) Samuel Nicholas. Nicholas, the first commissioned officer in the Continental Marines, remained the senior Marine officer throughout the American Revolution and is considered to be the first Marine Commandant. -- "Chronological Outline of the United States Marine Corps History, 1775-1915," History of the United States Marines. 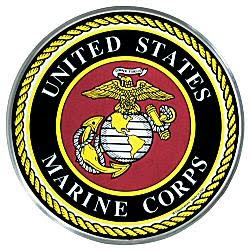 Jason Dunham's birthday too. Would have been 28.

Yut, yut. I miss her every day.

Born in a bar and tempered in battle. Semper Fi from one of The Few, The Proud, The Marines.

every day in the corps is a holiday and every meal is a banquet and every payday is one helluva mess at the slop-chute when there was nickel beer. I don't miss you but niether do I regret you- HAPPY BIRTHDAY USMC.