My "thumb in their eye?": A reaction from a real leader in the fight to restore the Republic to "Fiction, Faction and 'Fuktion.'" 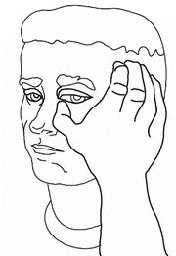 I received this from a fellow who also has placed everything on line in this fight.

I wonder if "they" are really foolish enough to move on you in such an extra-legal way. There are plenty of very serious people who have made it clear that if they do, it's on. Heck, I've even had people tell me that regarding myself and I don't think I have nearly as devoted and self-declared "champions" as you do (though maybe that's because I'm also not sticking my thumb in their eye as directly).

And I suspect the same goes for (redacted) and (redacted), to varying degrees.

Ironically, the bunch that is most likely to blunder in foolishly are the lawyers. I can see some pretentious Ivy League grad at DOJ deciding you need to be "investigated" to put you in your place and thus starting the ball rolling where a field agent would not, having better sense. But then what do I know? (Redacted), you used to be a prosecutor. What do you think?

It's a shame to think that, for those of us who dare to be public gadflies, what really keeps our door from being kicked in in the middle of the night, our dogs shot and MP-5s stuck in the faces of our wives and kids is no longer the rule of law and the bill of rights but rather the implied threat that rough (and competent) men will respond in spades. Tell me we are not at that point.

One other thing that I didn't tell him in response, but that I have said before in a number of ways, in a number of venues. I don't think, in the present circumstances, that Holder and Company can feel confident moving on ANY patriotic American, leader like him, scribbler like me or just plain average joe.

There will be no more free Wacos.

Their previous bad conduct has seen to that.

And they're worried about my thumb in their eye? They ain't seen nothin' yet. 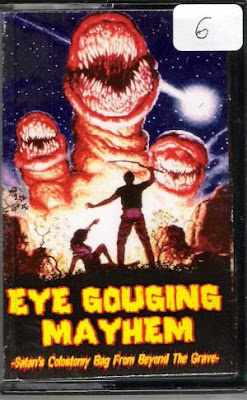 I find your blog to both enlightening and at the same time entertaining. I not only post comments, I read them. Over the last few decades there have been many movements to force the feds to obey the law but things keep going down hill. No one wants to be the first to die in any revolution. We all know where things are headed, when and where will it start?