That's all I have to say about that 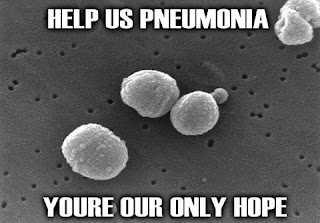 When the 9-11 memorial event broke the Hillary prognosticated two outcomes:

1. Democrats, (and dead people and other people ineligible to vote) would vote for her rotting carcass anyway, be cause she is a woman you abelist, cis-male, scumlord.

2. Bernie steps in as the consolation prize winner and the real long march towards the glorious revolution begins.

More learned individuals think that, of course assuming that her cadaver won, the DNC would just put in whatever they think or it would bring about a temporary third term for Obama.

She did not collapse, nor does she suffer from an illness. Both she and her exo-pantsuit simply had an unscheduled reboot after an automatic software update.

What you saw is perfectly normal operation.

As far as "3rd term", no. The DNC is not a government entity, nor is it's candidate anything more special than the Party Of The Great Spaghetti Monster. The DNC is nothing more than a private corporation.

Seriously. If such legitimate power exists, any straw-candidate could be offered on some new, throw-away party and, should the incumbents not like the trends... have that candidate withdraw and get a free 3rd term. And 4th. And 5th. Or, the DNC (or RNC) could do that themselves, forever.

They tried to use the heat in NY as an excuse. Friday and Saturday were extremely hot and humid days, but things turned around quickly on Sunday morning; the day in question. Cold front moved through the area approximately 9 am and weather turned cool and dry by 10. Of course my lying eyes could be wrong and the ministry of truth (aka mainstream media) is correct about the stifling heat...Umm, no. I'll go with my eyes on this one, being that they're about 75 miles north of where she collapsed..

If a winning Presidential candidate dies or becomes incapacitated between the counting of electoral votes in Congress and the inauguration, the Vice President elect will become President, according to Section 3 of the 20th Amendment of the US Constitution.

Disgraceful! In typical female fashion, disgusting, ghoulish BLM supporting Hillary Clinton managed to hijack a somber memorial for American civilians who died senselessly and tragically; valiant law enforcement, firemen and EMT personnel who gave their all, just to make it all about herself.
The whole vial spectacle was a well planned Clinton/MSM misdirection away from the unqualified witch, and all the leaks, hacked emails, crimes and disclosures about the Clinton Global Organized Crime Initiative. Replete with revelations of State Department pay to play ambassadorships, money laundering schemes, etc. How the Clinton's piggy backed/hijacked the Haiti relief effort to enrich themselves and their cronies. None of which was even discussed in the MSM while they went back and forth about her phony illness. By mid Sunday afternoon the 9/11 memorial was an afterthought. Mission accomplished. America has become a silly place.