Not the First, First Lady Scandal

Trump's wife is now embroiled in a photo leak of some very NSFW pictures of her earlier days in modeling.  She is certainly not the first woman caught in the whirlwind of controversy that rocked a presidency.

Andrew Jackson's wife, Rachel, was not 100% divorced when she married Andrew.  The two were inseparable and, in point of fact, he would eventually fight a duel, (one of many for varying reasons) to silence a political opponent that levied charges of adultery against him.  Even though she had died just prior to Jackson taking office, the media used that fact to great benefit to try and discredit him. President Jackson would place the blame of her poor health at the feet of the media that used her to exploit the family for political gain.

On the other side of the coin, Coolidge's wife was alleged to have had a more than few notches in her belt at the expense of the Secret Service.

Presidents have also had plenty of time to involve themselves in public marriage disputes.

JFK was a famous womanizer, as was, of course, Slick Willy.  Fellow Ohioan Harding took sex at 1600 Pennsylvania Ave to dizzying heights.  So much so that his wife was alleged to have conspired to kill his love interests.   Always in the shadow of his predecessor, LBJ also fancied himself a man comfortable with the fairer gender and once quipped that “I have had more women by accident than he [JFK] has had on purpose.”  He was also said to have wiped out his prodigious member on more than one occasion to seem to try and prove a point (pun maybe intended).

Eisenhower and FDR both had trysts with close companions.  Even Dubya had a couple allegations of his own.  Cleveland had a "struggle cuddle" with a female friend that produced an illegitimate child.

It should be noted that the alleged affair that Thomas Jefferson was supposed to have had with this half-black slave was completely debunked.  The DNA evidence that was used to prove the claim, came from another person.

And then, of course, most recently we have this one: 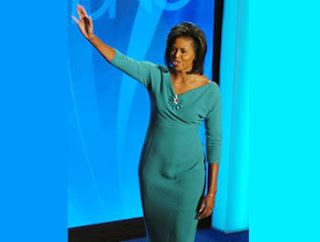 Next time, a SPEW alert, please? That which has been seen, cannot be unseen. Now, pass the eye and mind bleach, STAT!

Good thing the he/she doesn't have to go through TSA to travel or you could her it say "don't touch my junk." There's only one way to erase this from my mind, EST.

Is that a pistol in her panties or is she glad to see us?