Don't forget, tonight is the night of my lecture on "Fighting the Walking Dead." 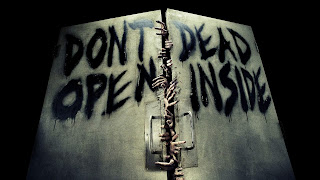 Fighting the Walking Dead
(As taught by an ex-zombie).
Where: Hoover Tactical Firearms, Hoover, Alabama.
When: December 10 2015, 6:00PM to 8:00PM.
The second of our Luke 22:36 Lecture Series explores the evils of spiritual and moral slavery as represented by the zombie craze and how to fight it.   The popularity of shows such as The Walking Dead expresses the very real fears of a people beset by the murderous followers of various collectivisms such as the death cults of Islamic terror, resurgent communism and socialism, the mass killers of the modern day Eugenics movement as represented by Planned Parenthood and the racism of the Black Lives Matter movement and the Ku Klux Klan.
This lecture will be taught by a self-described “ex-zombie,” Mike Vanderboegh, who spent his early years as a member of the secret wing of the Progressive Labor (communist) Party.  Vanderboegh, a long-time Second Amendment activist and citizen journalist who first broke the Fast and Furious Scandal story on the Internet in December 2010, will detail how all collectivisms share certain characteristics and expose the lie of the left-right continuum of politics as a fraud which amounts to “competing tribes of cannibals arguing over who gets to eat your corpse.”
The Luke 22:36 Lecture Series is sponsored by “A .45 and Fries” discussion and prayer group, which meets at Hoover Tactical Firearms on the second Thursday of every month at 6:00 pm and concludes promptly at 8:00PM.
For more information , email  GeorgeMason1776@aol.com.
Posted by Dutchman6 at 8:24 AM

Going to be able to see this on the web perhaps?

Mike, can anyone Youtube this for us three percenters in the field?