If you read nothing else this week, read this. Print it out so you'll have a copy. Read it again. Reflect and be grateful -- and be ever vigilant. 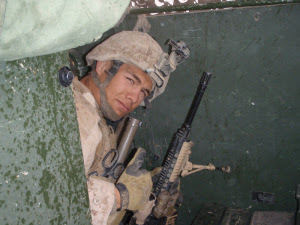 Part of my righteous anger at the current corrupt regime and its collectivist media and intellectual toadies who seem to be so desperately seeking a civil war is that they have no care for, or consideration of, the inevitable bloody human costs their policies seem designed to wreak upon others. It is true, in the famous quote that is attributed to Plato but certainly was written by George Santayana in 1922, that "only the dead have seen the end of war." But that is because of the uncaring evil in the hearts of some, and their eternal, insatiable appetites for other people's liberty, property and lives. It is to be hoped that they face the righteous and just wrath of the Lord before they can kill too many of the rest of us. But it is our responsibility to be ready, on the part of their intended victims, to make the introduction. What the Lord does from there is His business.

"None of you know Claudio Patino like I did, but you do, or can know Jesus. I struggled for years to earn the grace Christ gave to me, just as I struggled for years asking why my brother died on an unnamed hilltop in Afghanistan while I survived. The answer lies in knowing we can’t earn it. We can be grateful for the sacrifice, accept what it has done for us, and live our lives in honor of it."

I have not the words, only the tears.

Thanks for that link, Mike.