Ever since getting caught on tape by Alabama's Gadsden Minutemen removing black baby dolls from watermelons and proclaiming "the birth of the black race" back in 1995, the ATF has reformed its Good O' Boys Roundup to include a more politically correct entertainment.

Curious to know how this was working out, once again Alabama militiamen infiltrated the jack booted thugs at play and retrieved some amazing intelligence. 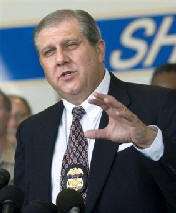 "David, there were no guns on those helicopters."

"Waco Jim" Cavanaugh was observed doing a dramatic reading of his "I'd throw my badge in the trash" perjury before Congress. The presentation seemed to be well-received until it was disrupted by somebody from the Chattanooga field office buzzing him with a remote control helicopter gunship model, causing "Waco Jim" to fall off the stage. This brought a standing ovation from the crowd.

Harley Cronkite, undercover agent from the Atlanta field office, won the dog shooting contest by a half a point, edging out Snark Dalton of Birmingham by a puppy.

And here, ATF agent Jody Keeku concludes her presentation celebrating the joys of evidence tampering, with a pyrotechnic display that says much about her own psychology. 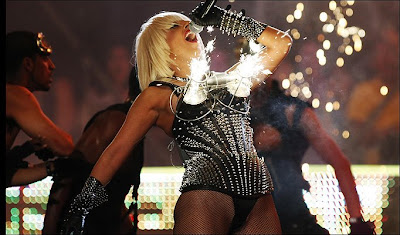 "Has anybody seen my pistol?"

DISCLAIMER: No ATF agents were harmed in the crafting of this parody.

LOL. continue to ridicule the ridiculous. BATF is an agency that MUST be removed from the American scene.....NOW

ooohh "F-Troop" and we know what f stands for

You couldnt harm any of them more than they have already harmed themselves.

"No ATF agents were harmed in the crafting of this parody."

ReverendFranz, try using that sentence as a question, but don't put it to me. The answer is not pleasant.

Sean - Thanks for the suggestion, but ill pass. I meant that disgrace they have brought upon their offices has done far more harm to them than the best worst-wishers could ever hope upon them, even if the eventual effects of that harm (no doubt what you were imagining in your hypothetical question) have not yet been seen. Its of no real consequence, seen or not, the damage has been done, and it is they who did it to themselves. All the rest is just details.